Jerusalem is a melting pot of different religions, people groups and history. The eyes of the world seem to always be on this city as tensions come and go. Taking a look back in history can help us understand why some of the tensions of today are occurring and also why this city is so important to three major religious groups – Muslims, Jews and Christians. Here is a brief history to get you up to speed on this diverse and intriguing city! 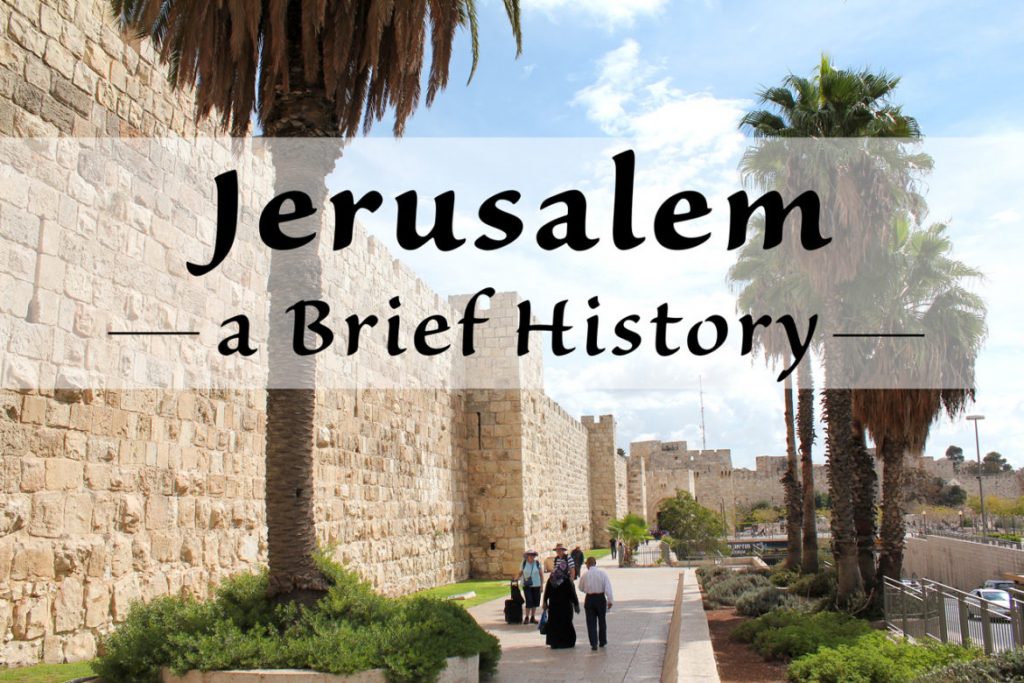 As far back as we know, Jerusalem was a Canaanite settled city until about 1100 BCE. It was at this time that it is recorded in Christian and Jewish history that the Israelites took over the land from the Canaanites under their leader Joshua. The Israelite tribes settled here and eventually King David ruled around 1000 BCE.

Around 950 BCE came the rule of King Solomon, David’s son, who built the first temple in Jerusalem (see 1 Kings 6 in the Bible).

538-332 BCE – Persian Period:
The Israelites ruled Jerusalem until around 586 BCE when the Babylonians exiled the Jewish people and the temple lay in ruins. (2 Kings 24-25)

In 538 BCE, Cyrus the Great from Persia (who conquered the Babylonians) issued a decree allowing the Jews to return to Jerusalem and rebuild (2 Chronicles 36 & Ezra 1). In 516 BCE, the construction of the second temple commences.

In 444 BCE Nehemiah returns to Jerusalem after God spoke to him, to rebuild the city walls of Jerusalem to protect them from threats (book of Nehemiah).

164 BCE Saw the rise of the Hasmonean Dynasty.

64BC-324 CE – Roman Period:
4 BC – 37 CE The reign of King Herod, who enlarges the temple mount, rebuilds the second temple and other buildings nearby.

33 CE Jesus is crucified in Jerusalem.

70 CE The Romans destroy Jerusalem and the second temple, carrying off the loot to Rome. You can find out more about what they did with the loot in my post Bible History Guide to Rome. The Romans built Aelia Capitolina on top of the ruins, renaming the newly conquered city with a Roman name, as is their custom.

324-638 CE – Byzantine Period:
In 326 CE  the construction of the Church of the Holy Sepulchre began by orders of Constantine the Great over the traditional Holy sites of the cross and tomb of Jesus.

444-460 CE The Christian empress Eudocia moves to Jerusalem from Greece and rehabilitates the city walls.

638-1099 CE – Early Islamic Period:
In 750-661 CE The Umayayd dynasty rules the area from the capital of Damascus, builds the Dome of the Rock on the temple mount and the Al-Aqsa mosque nearby.

750 CE The Abbasid dynasty, based in Baghdad, rules the country.

969 CE Fatimid dynasty, based in Egypt, rules the country.

1099-1187 CE – Crusader Period:
The Crusaders capture the city and give it Christian character.

1229-1244 CE The city is turned over to the Crusaders according to a treaty convened with the Ayyubids.

1244 CE The crusaders conquer the city.

1260-1517 CE – Mamluk Period:
The Mamluks (translates as ‘owned’ aka slaves) were mercinaries who came from the Caucasus and Turkey. In 1250CE they overthrew the Ayyubid dynasty and took control of the Muslim world. While in Jerusalem they beautified the city by erecting things on and around the Temple Mount.

1860 Marked the beginning of residential construction outside of the city walls.

1917-1948 – British Mandate:
In 1922, Great Britain was entrusted with facilitating a Jewish home in the land of Israel, and the region west of the Jordan was given to them to self-govern.

1948-Present – State of Israel:
In 1948 the State of Israel was proclaimed. In 1967 the Six Day War took place between Israel and Egypt, Jordan and Syria. Israel was miraculously victorious, seizing the Old City and occupying the West Bank after Jordan retreated. 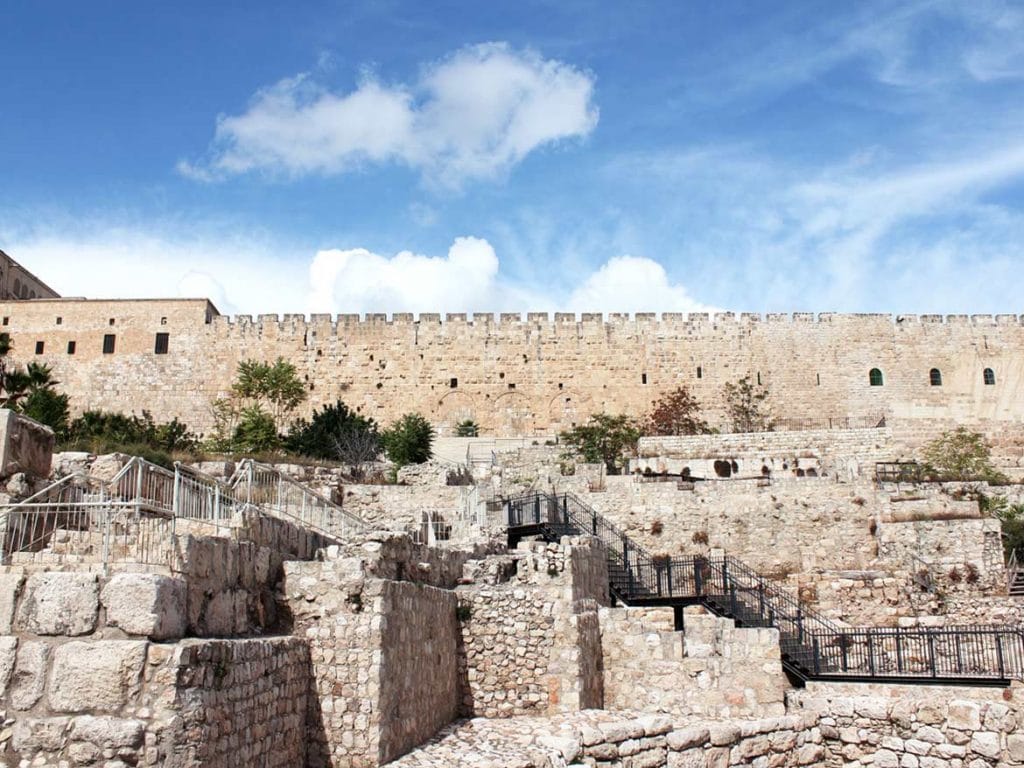 Above is the current city wall of the Old City of Jerusalem, with excavations of ruins dating back to the first temple period (King Solomon) down below. This is on the outside of the walls on the southern side of the city. 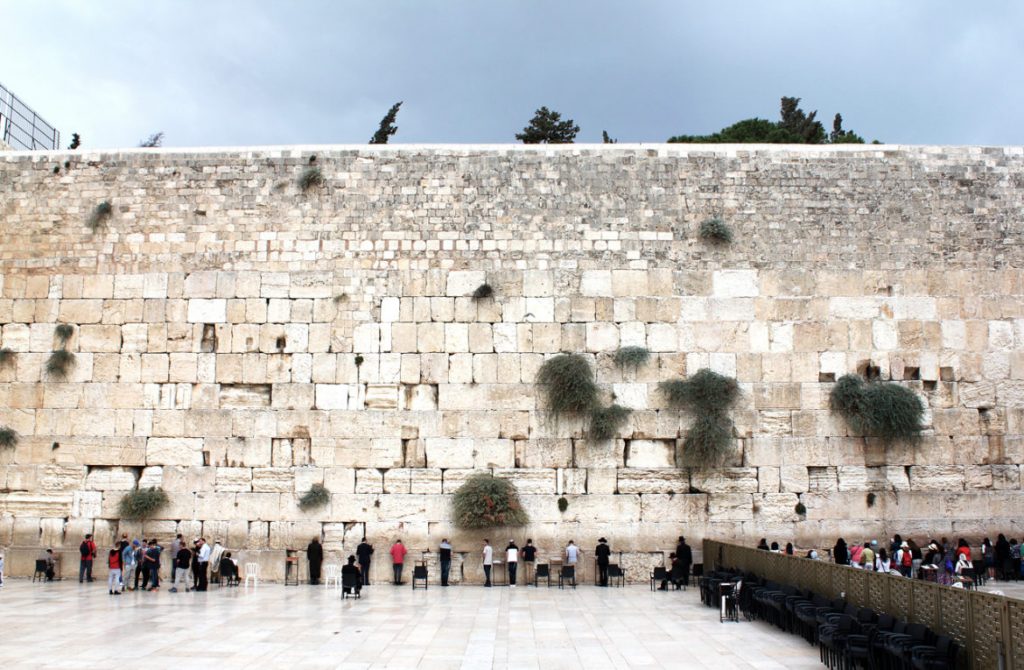 Above- an icon of the city of Jerusalem, the Western Wall (also known as the Wailing Wall). Many Jewish people gather here to pray as close as they can get to what used to be their temple. 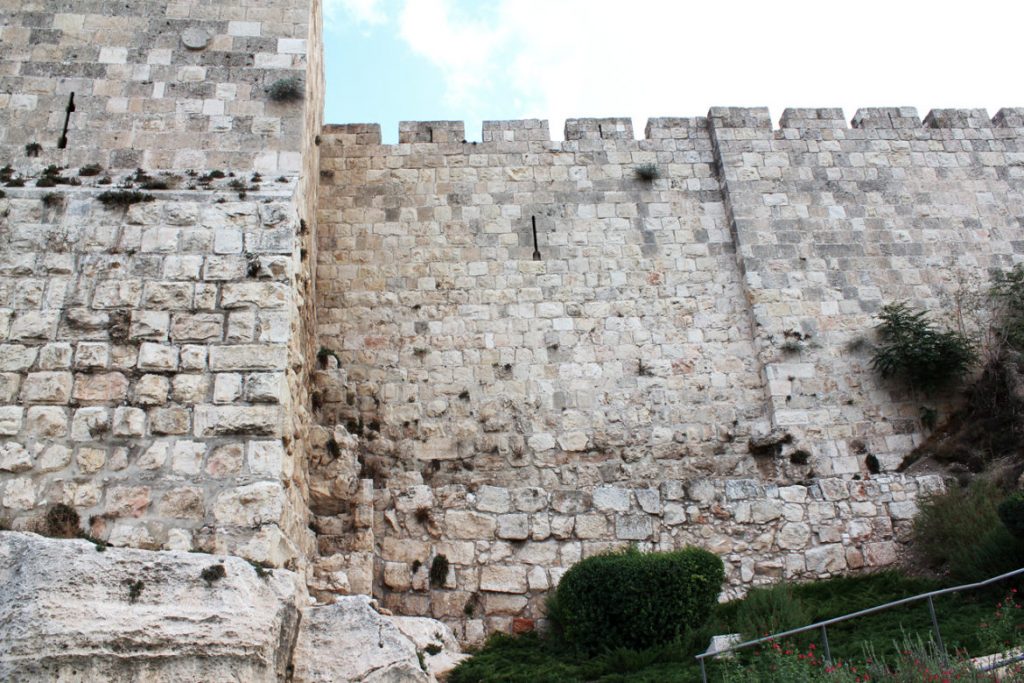 Above is a section of the city wall in Jerusalem, where different time periods of building is visible. The very bottom right of the wall is assumed to be the original wall, built by the Israelites. As the wall has been destroyed and rebuilt on top of itself, the stones get neater as technologies improve. In this picture there are about five different time periods of building.

I hope this Jerusalem: A Brief History post helped you understand a bit more about this city!

Emily Connetthttps://www.dossierblog.com/
Dossier Blog is a collection of notes on indoor plants, gardening, home & DIYs. Follow Emily on Instagram (@dossierblog) to stay up to date!
Next Post
Jerusalem: Guide to the Old City
Previous Post
Visiting the Galilee
Related Posts 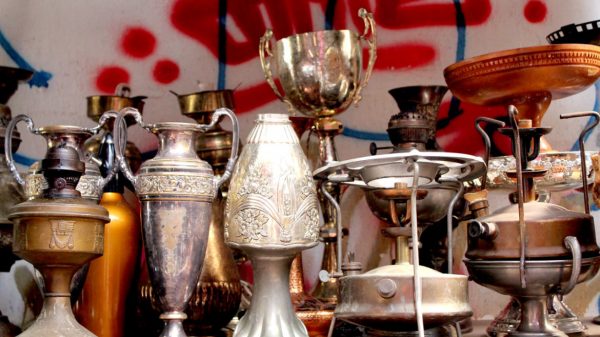 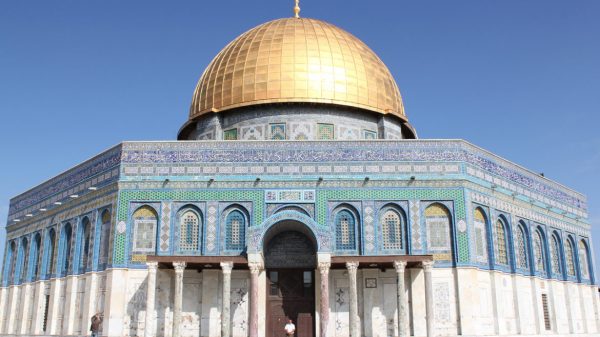