The Temple Mount and Western Wall are two icons of the city of Jerusalem and are symbols of two different religions: Muslim and Jewish. The whole area is steeped in history for both religions and the significance to their faiths is huge. Being in practically the same location, it can cause some tension in terms of what land belongs to who and who is allowed where.

While the Western Wall and Temple Mount are both free sites to visit, there are some rules and etiquette to visiting them. This can include bringing your passport for the Temple Mount, dressing modestly and no touching the opposite sex whist there.

Be aware that there can also be long wait times for entry into the Temple Mount if you’re going independently. I’d recommend doing a tour such as Bein Harim’s Temple Mount & Dome of the Rock Tour to get the most of your visit and have a professional guide by your side.

Keep reading to learn more about these sites or if you plan on visiting the Temple Mount and Western Wall in Jerusalem. 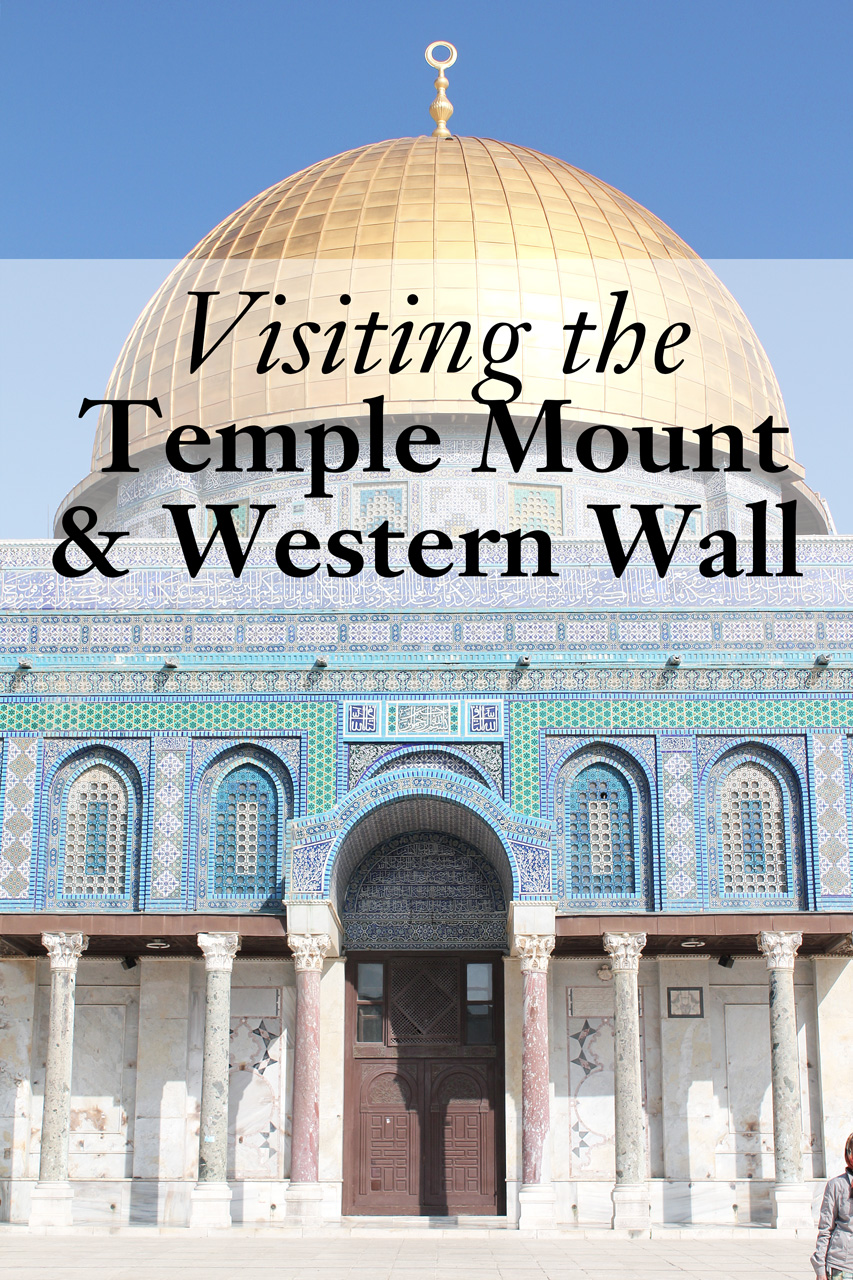 The Temple Mount is the entire raised section of land in which the Dome of the Rock and Al-Aqsa Mosque lies. It borders the eastern wall of the Old City and is part of the iconic Western Wall on the other side. Under the Dome of the Rock lies Mount Moriah, the place where Abraham (the father of the Jewish faith) nearly sacrificed his son Isaac. Mount Moriah is also where King Solomon built the first Jewish temple and the second temple was rebuilt on top. The Temple Mount today is a lot larger than the original temples that were built here, thanks to the Jewish King Herod, who built up the whole Temple Mount area in the first century. In 70AD the second temple was destroyed and looted by the Romans and the Jewish people were scattered over the world. In the sixth century, the Muslims built the Dome of the Rock on Mount Moriah as they believe it was where Mohammed ascended to heaven. It’s no wonder there is confusion and tension over this site! To prevent tension, there is currently there a law that Jewish people are not allowed on the Temple Mount. The closest the Jewish people can get to where they believe the presence of God resides on earth is the Western Wall.

Being up on the Temple Mount is like a completely different world from the street level of Jerusalem below. The space is surprisingly large and filled with areas of olive trees, buildings and people chatting. Up close, the Dome of the Rock dominates the area with its glittering roof and octagonal tiled walls. Its amazing to see the tiny tiles that cover the outside of the building in beautiful patterns with such detail. 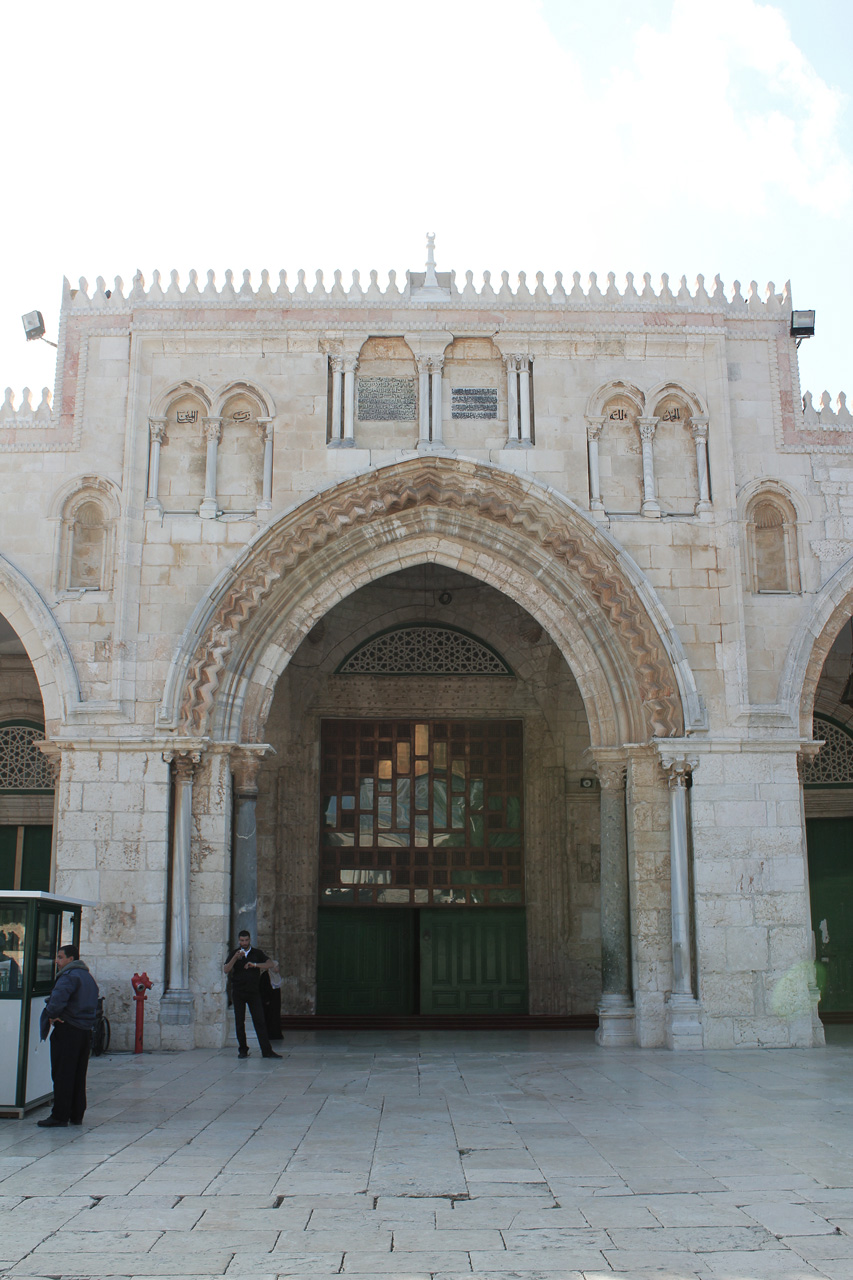 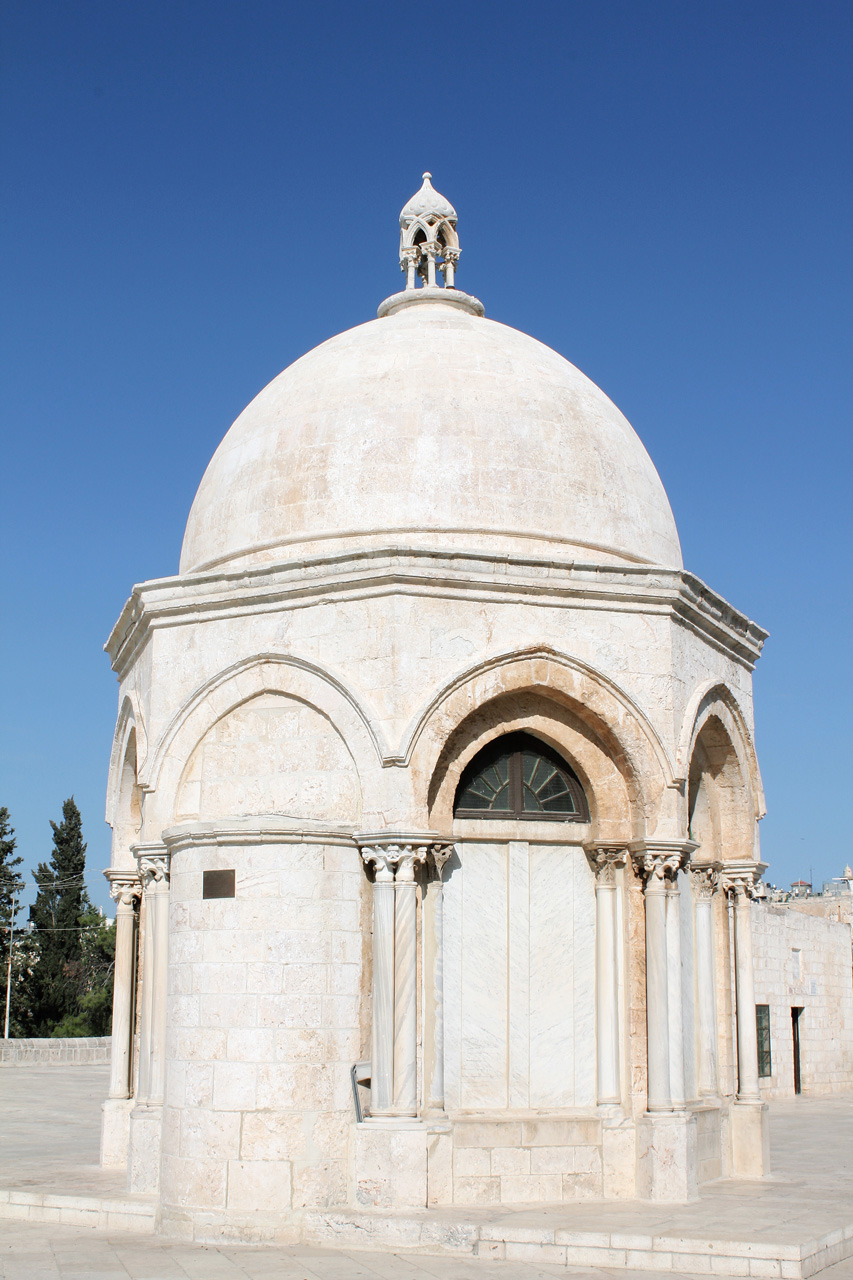 Visiting the Temple Mount: Entry to the Temple Mount for visitors and non-Muslims is restricted to the wooden ramp next to the Western Wall. There can be a long line to enter as it is a popular attraction and entry times are limited, so be prepared to get there early or wait up to an hour or more to get in. Bring some water as you may be waiting in line in the sun. The hours of entry are:

Jewish people are not allowed onto the temple mount to pray. There aren’t any signs or official checks, but make sure you dress modestly and bring something extra like a scarf in case extra cover up is needed. Once you are in the Temple Mount area, rules are fairly strict, such as no male-female touching. You can go with a tour group or visit individually, but if you’re not on a group tour, make sure you bring your passport to get in. The Temple Mount may be closed to visitors at times of tension or unrest. Entry to the Temple Mount is free.

The Western Wall is the Western retaining wall of the Temple Mount. In the Jewish religion, it is the closest place they can get to what was the Holy of Holies in their Jewish Temple, where they believe the presence of God resides on earth. The Western Wall (also known as the Wailing Wall) has a male and female section that anyone can enter, however be aware that it is a sacred site for many.

Paper prayers are jammed in every available crevice of the wall as high as one can reach. You can also see the stones in the wall change as the wall rises – these are the different time periods when the wall was rebuilt on top of ruins through history. 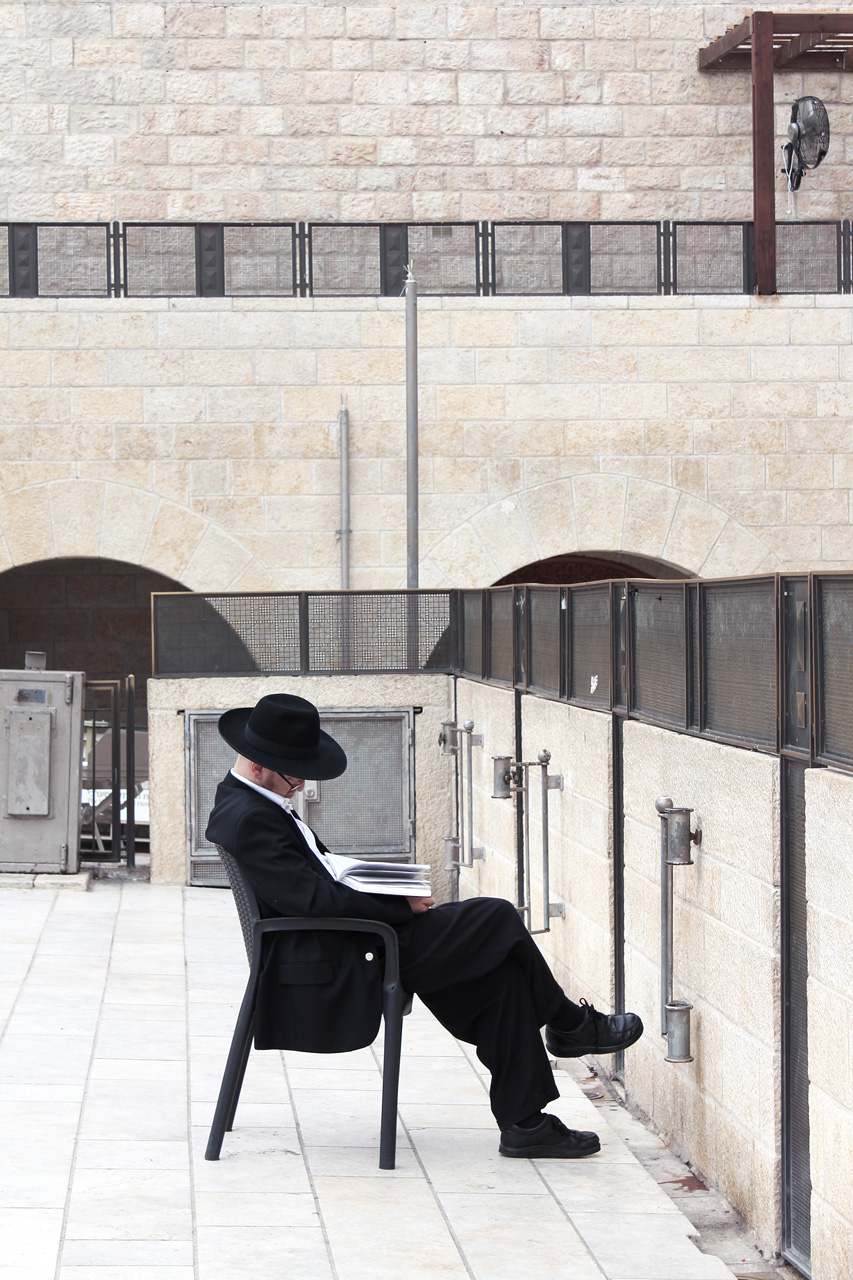 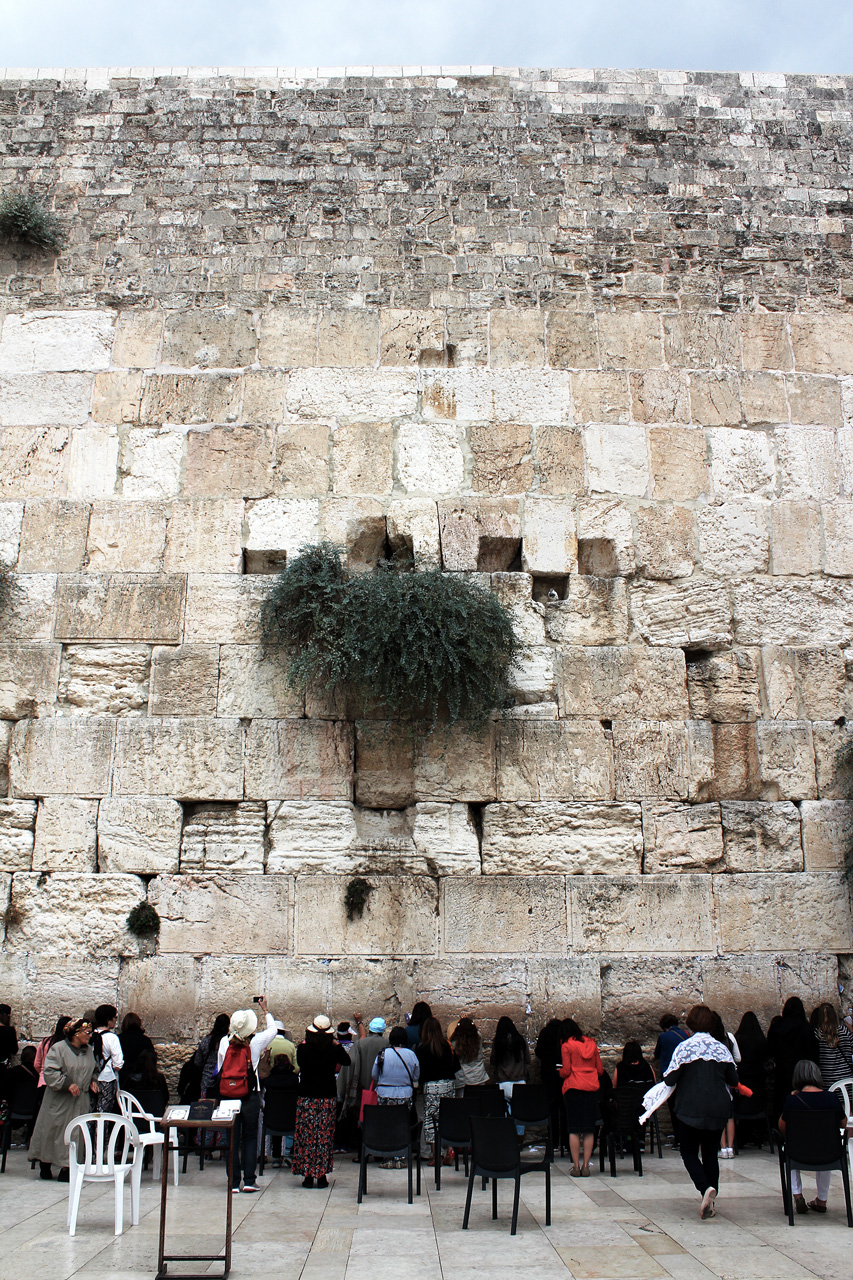 Orthodox and non-traditionalist Jews visit the wall regularly to pray

Be sure to also visit the Western Wall on a Friday night, which is the beginning of Shabbat (the Israeli/Jewish weekend), where hundreds of Jewish people gather to sing and celebrate the start of Shabbat. It is an amazing sight! 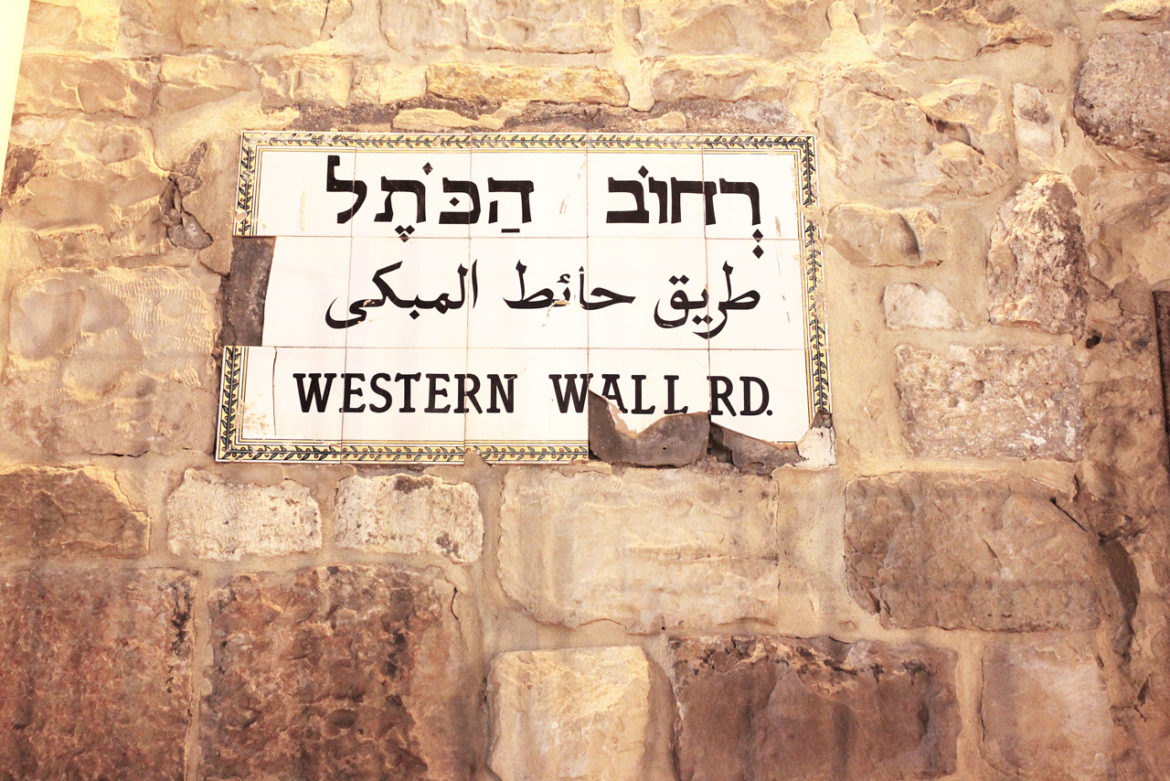 Visiting the Western Wall: There is a security check to get into the outer courtyard area of the Western Wall but anyone is allowed to enter and go right down to the wall itself. 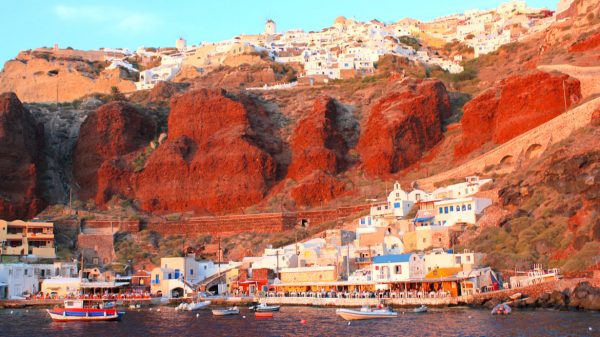 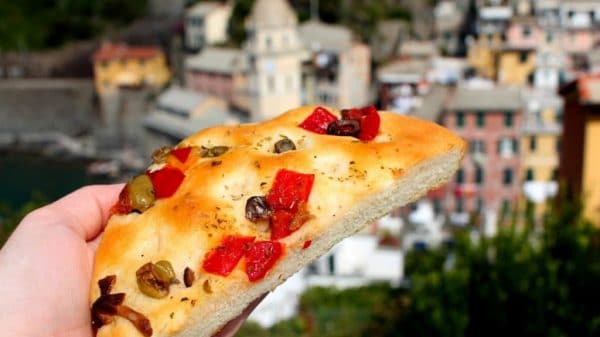