An Overview of Cinque Terre

When we first arrived in Cinque Terre we were overwhelmed with the beauty of the area and authenticity of the towns! After visiting much more built up places on our travels, it was a breath of fresh air to have no chain stores, only local cuisine and not even any cars on the roads. I’m so glad the authenticity of Cinque Terre has been preserved, despite the rapid increase in the amount of tourists over the last 10 years or so. Partly why the five towns in Cinque Terre are so well historically and culturally preserved is due to the natural isolation by its hilly surroundings, which stayed that way up until the building of the railway in 1874.

The first question you might have when deciding to visit Cinque Terre is which of the five towns to stay in, or if you should even stay in one at all, preferring to day-trip in from one of the many surrounding areas. We visited each of the five towns while based in Riomaggiore and although they are all similar, one may appeal over another for a few different reasons. You definitely do NOT need to separate your accommodation between the towns. They are close enough and easy enough to visit during the daytime, I can’t imagine dragging our luggage around to stay in more than one town.

One thing to remember is that because Cinque Terre is limited in it’s size, places to stay can book out quickly. Its best to book in advance or as soon as you know you want to visit.

Here’s an overview of the five towns of Cinque Terre:

Not too big and not too small, Riomaggiore is the southernmost of the five towns. You could say it is the postcard version on Cinque Terre, with its colourful buildings perched up on the cliff side and small harbour below. But with picturesque views comes the climb – the main street is on an incline and there are multiple staircases around the town. There is an elevator at the train station to get to the top of the hill if you’re staying in that area, which is to the right of the platforms (facing away from the sea) and costs 80 cents per person. Also to the right is the walking tunnel which takes you straight to the centre of the village. There is also a bit of a rocky and secret beach in Riomaggiore to the south of the harbour around the bend. 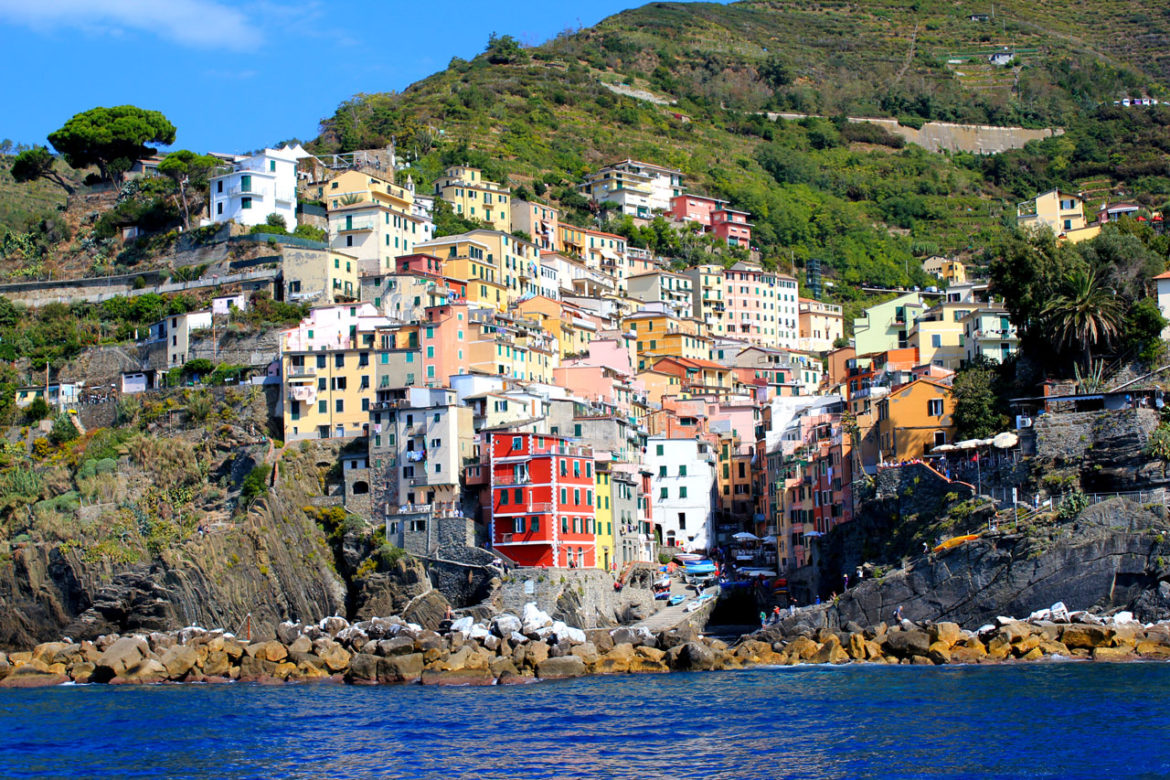 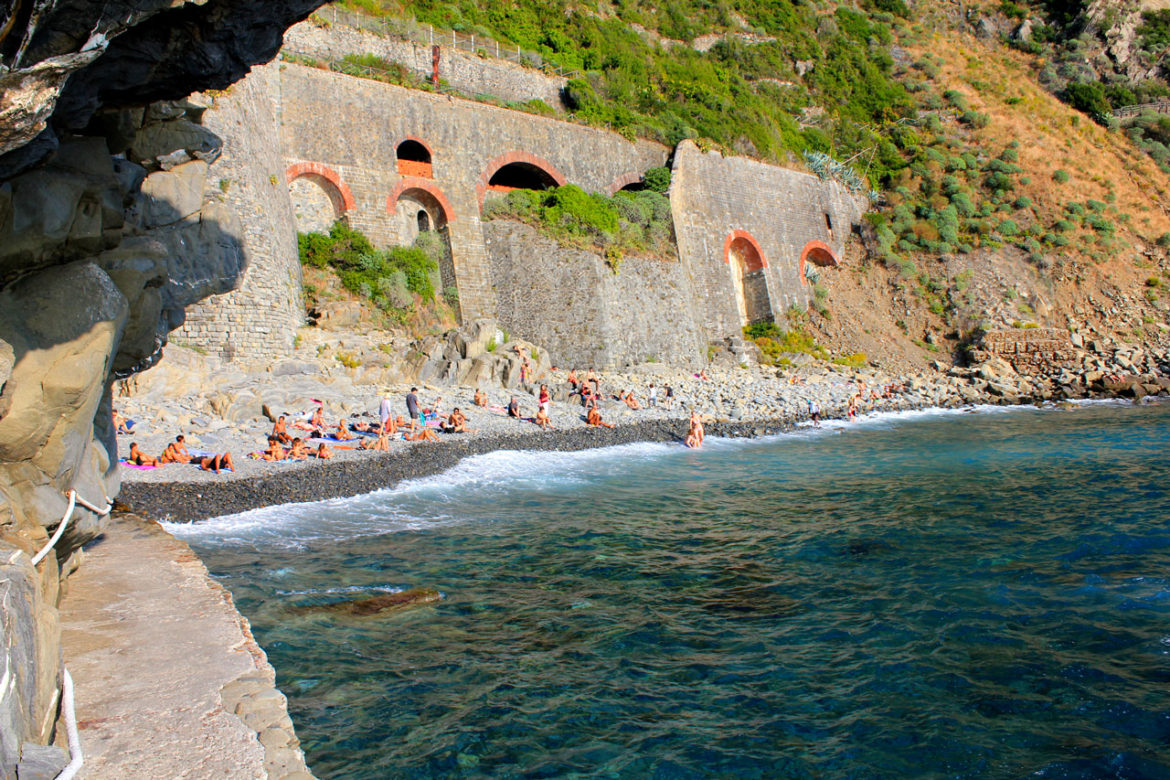 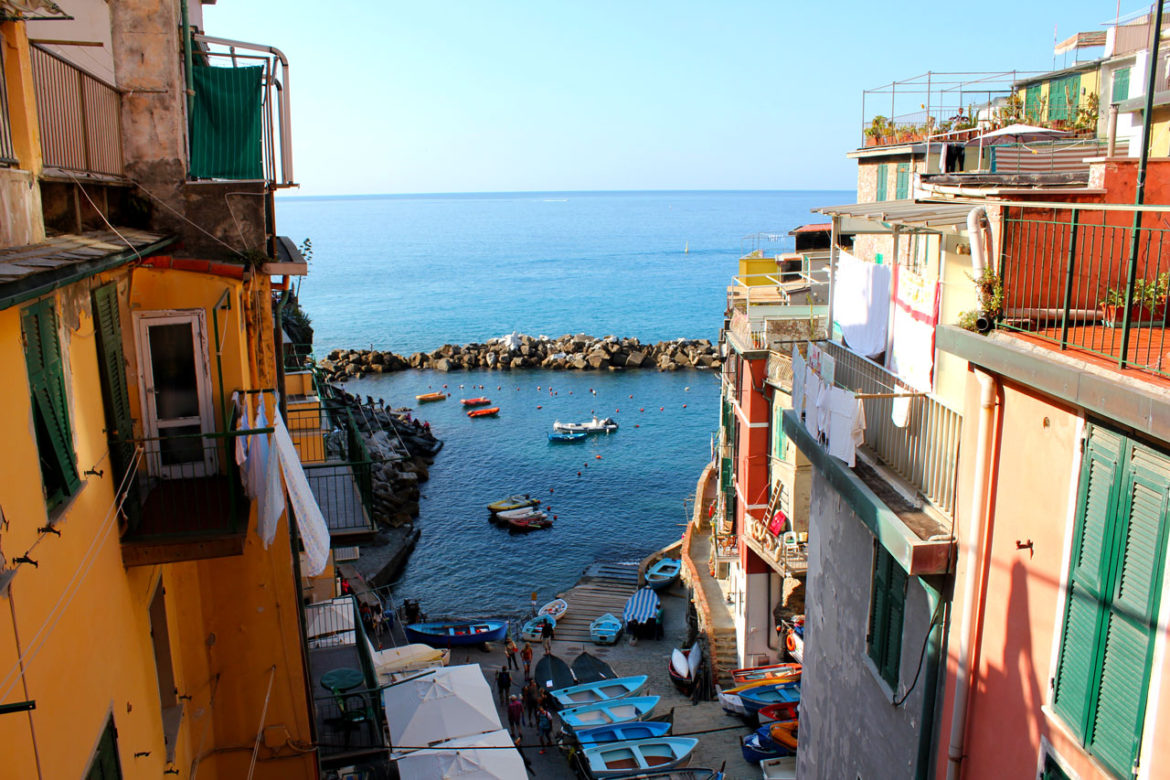 The main street of Manorola is on a slight incline running up from the ocean. Fishing boats line the main street along with restaurants and shops. Towards the top of the village there is a picturesque creek running through, near where the church and clock tower sit. There is a great panoramic path to the north of Manorola that runs along the coastline towards Corniglia, however when we were there the path was closed in the middle due to rockslides. 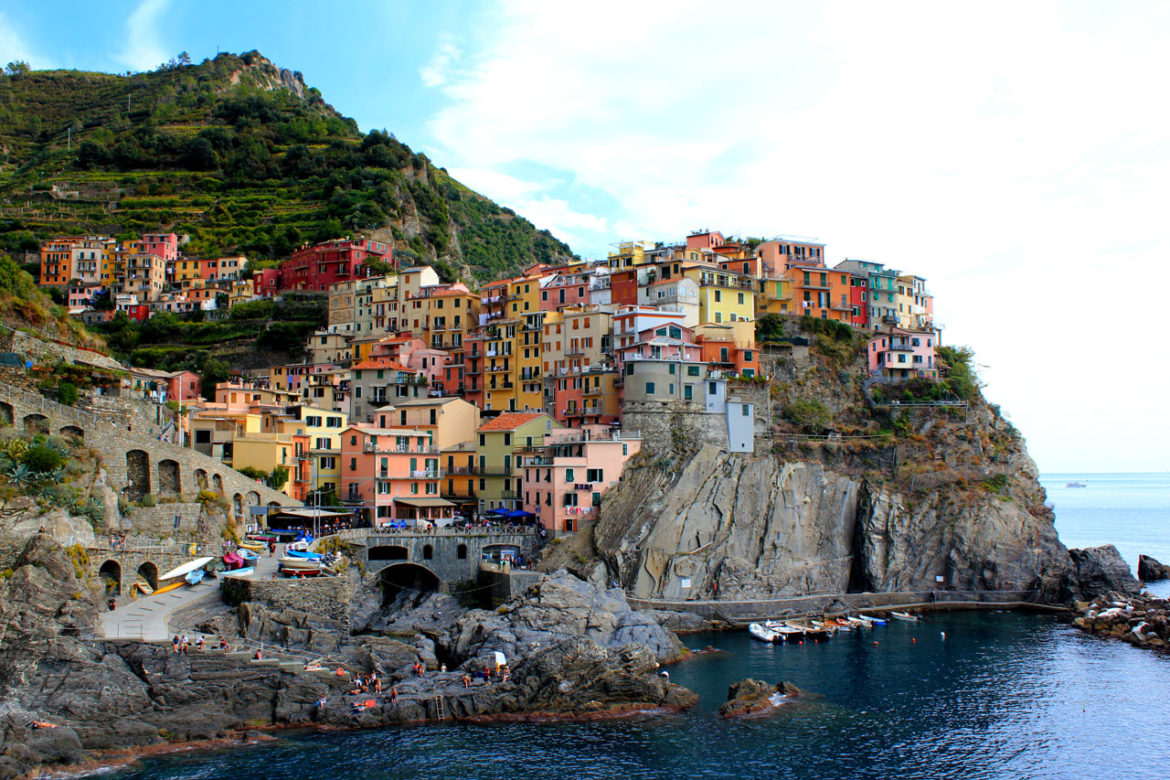 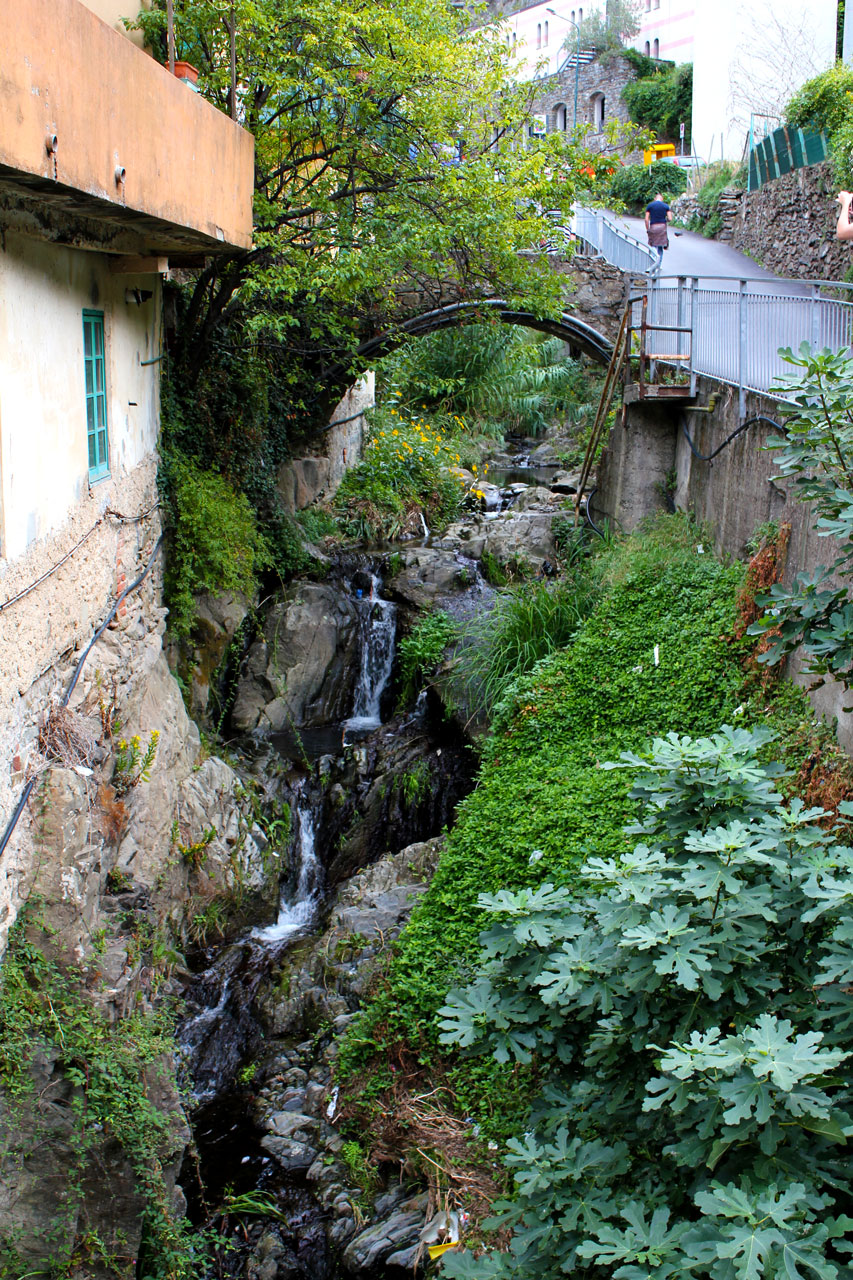 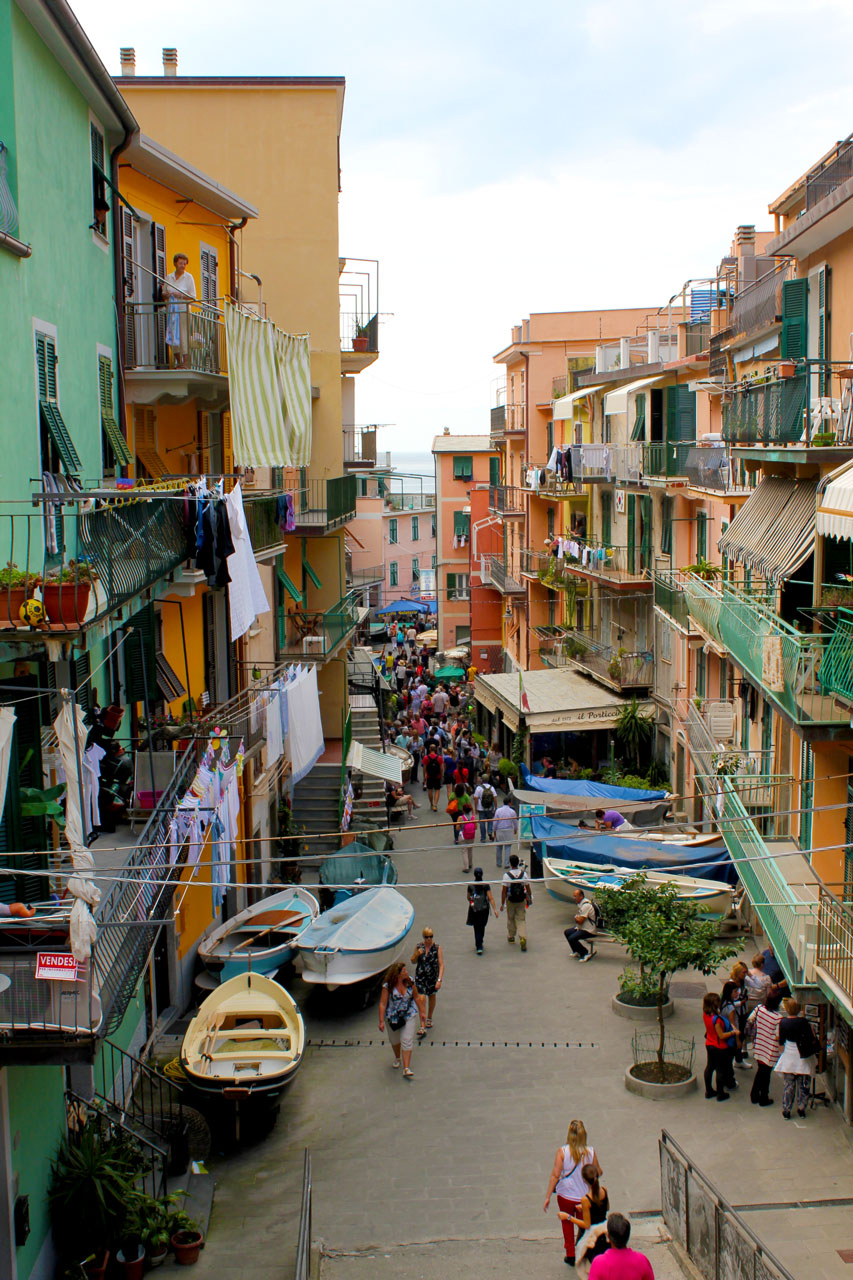 Corniglia is the only town out of the five in which you can’t directly access the water, as it is perched high on the cliffs. The ferry that travels between the towns will not stop here. Even if you catch the train to Corniglia there is a bit of a steep walk up a staircase to the town, or there is a mini bus that takes tourists to the top from the station for 2.50euro each. Corniglia has a slightly different feel to it, small and quaint, but still worth the visit. There is another steep staircase on the northern side to access a small inlet for swimming. 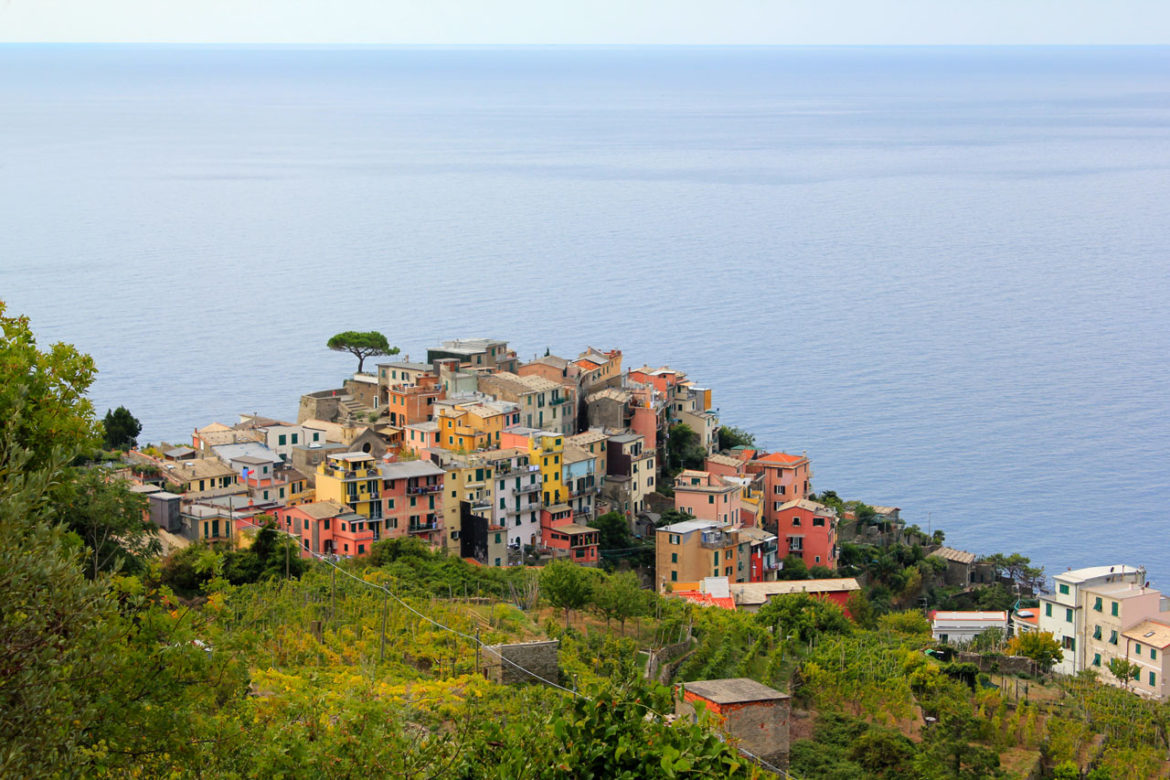 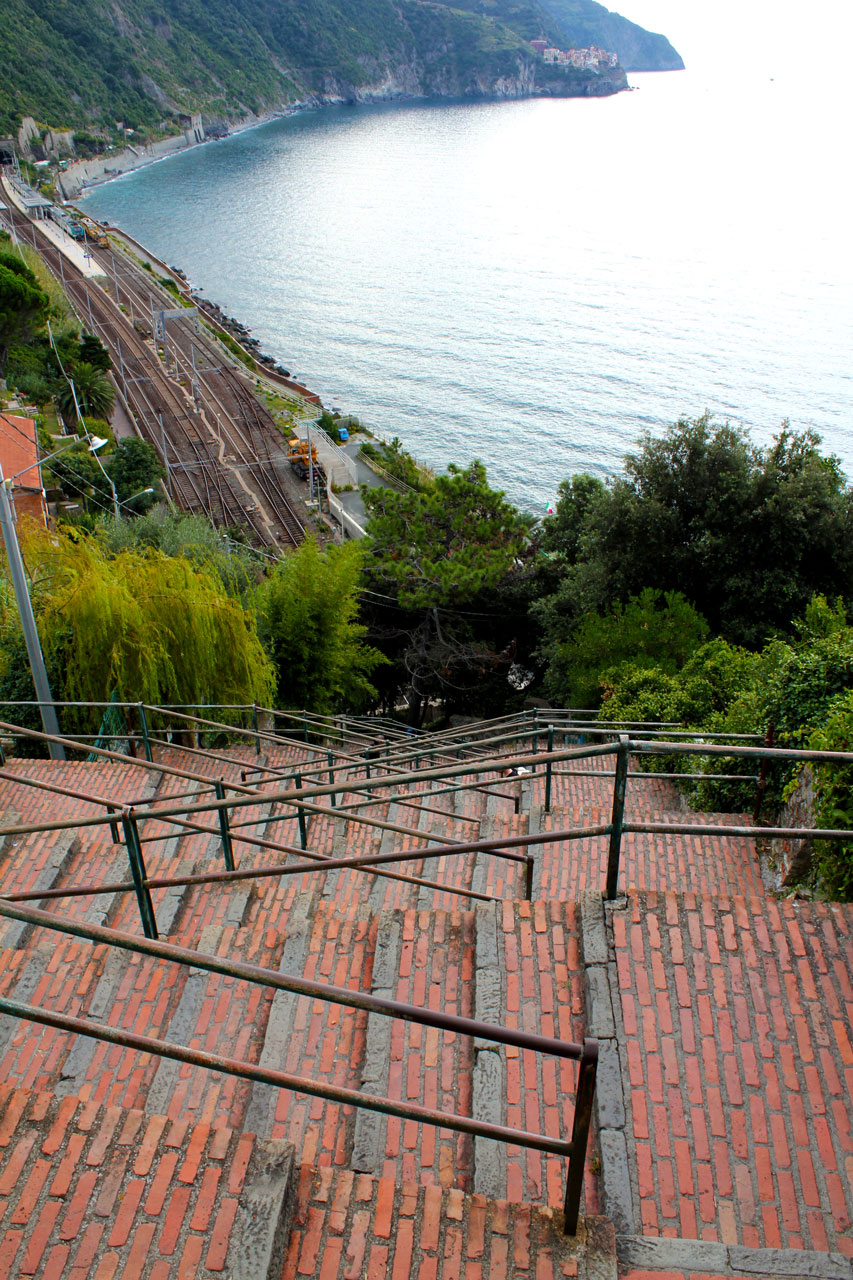 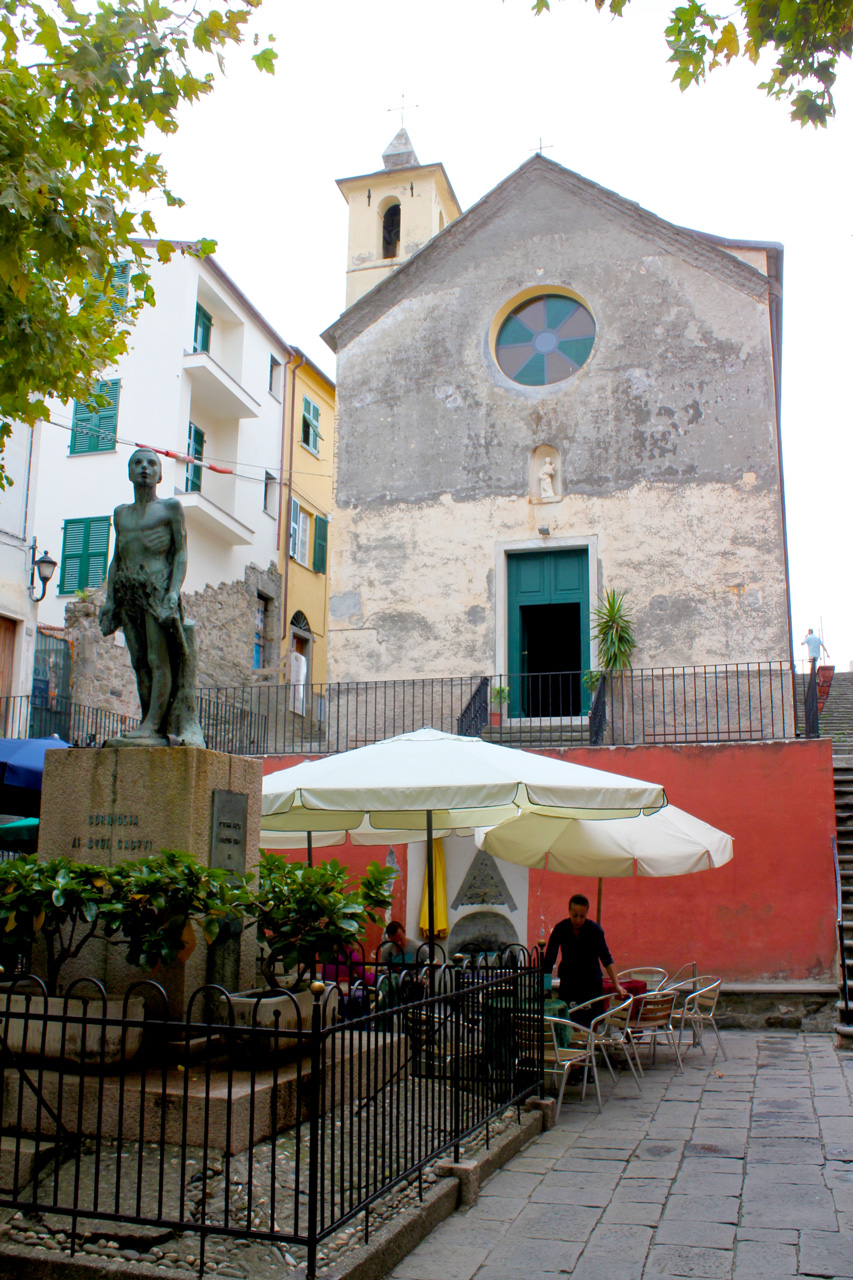 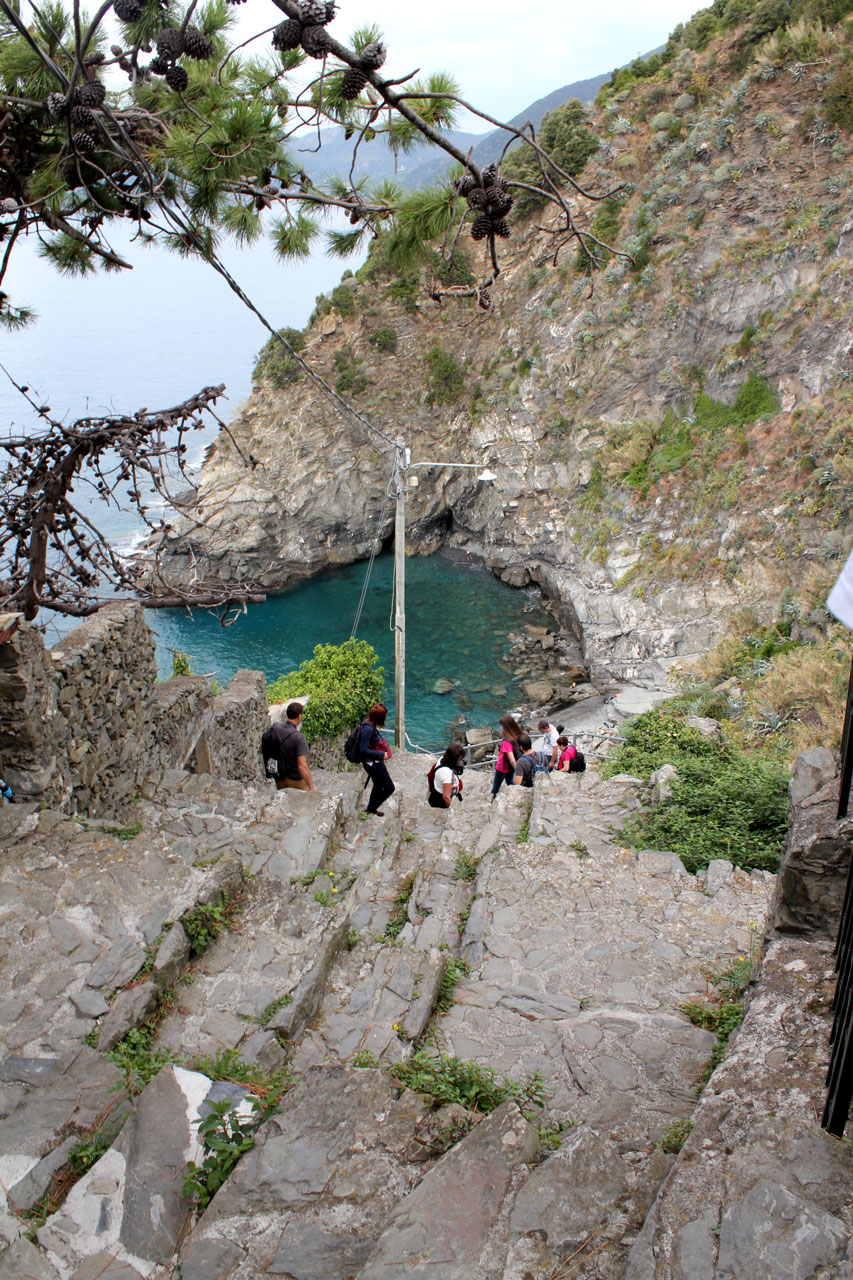 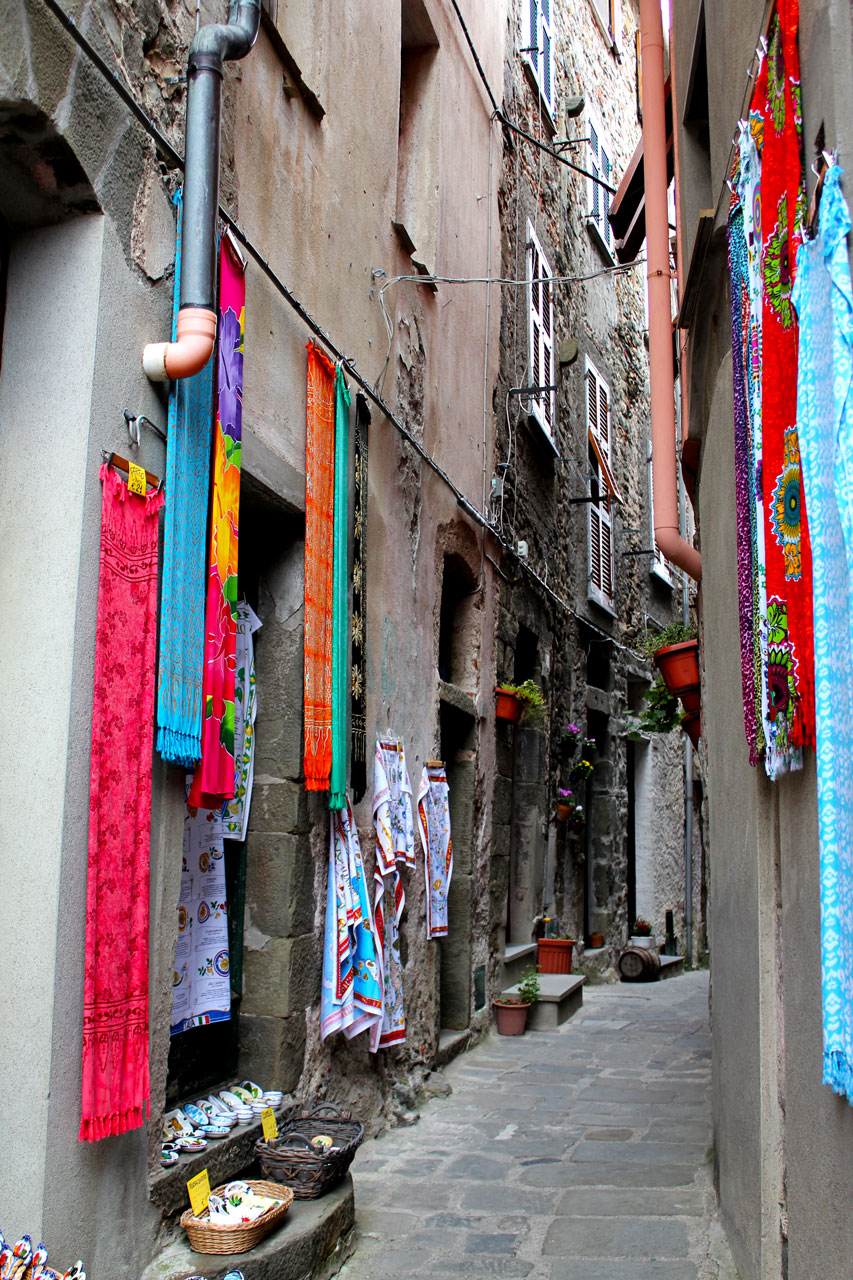 Vernazza is relatively flat and has a large square at the edge of the water. There is a small sandy beach in the harbour for swimming, but the majority of swimmers here preferred to get in and out at the side of the harbour off the rocks, into the clear green water. It is quite sheltered for swimming and although swimmers share the harbour with boats, it seemed quite safe. The town is easily identified by Doria Castle, the tower that stands on the ocean-side peak. It costs 1.50 euro to visit the castle tower. 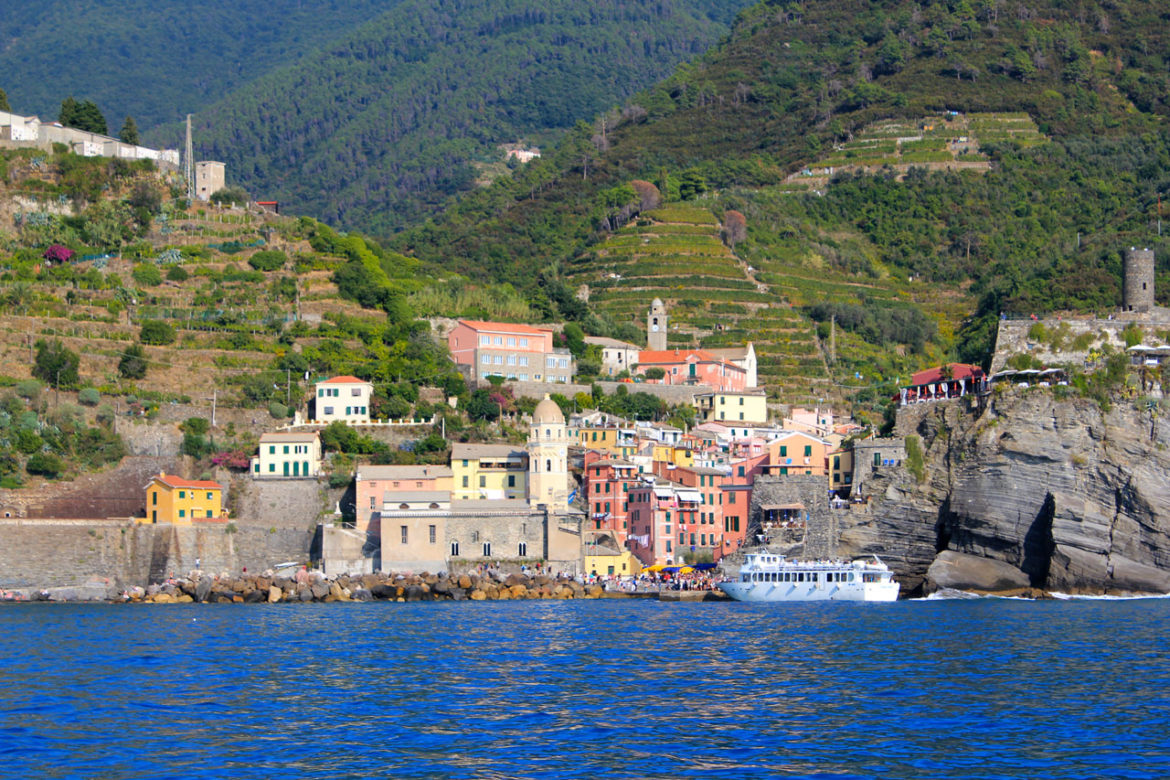 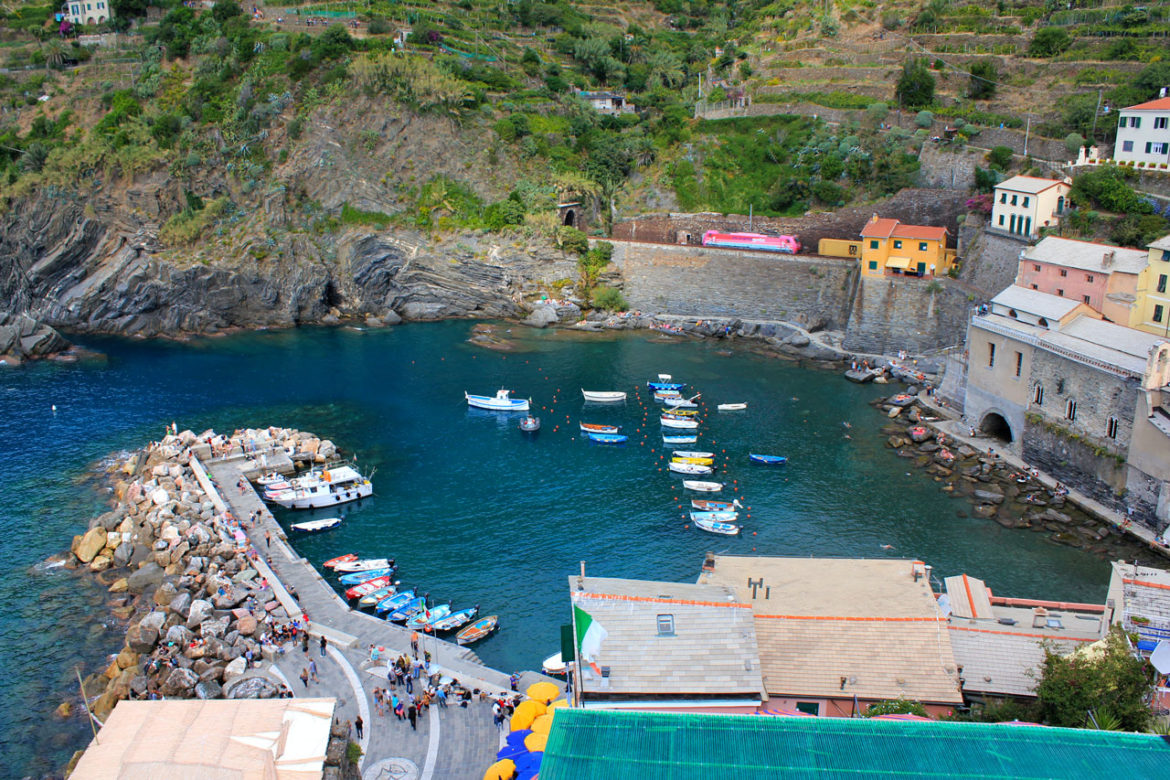 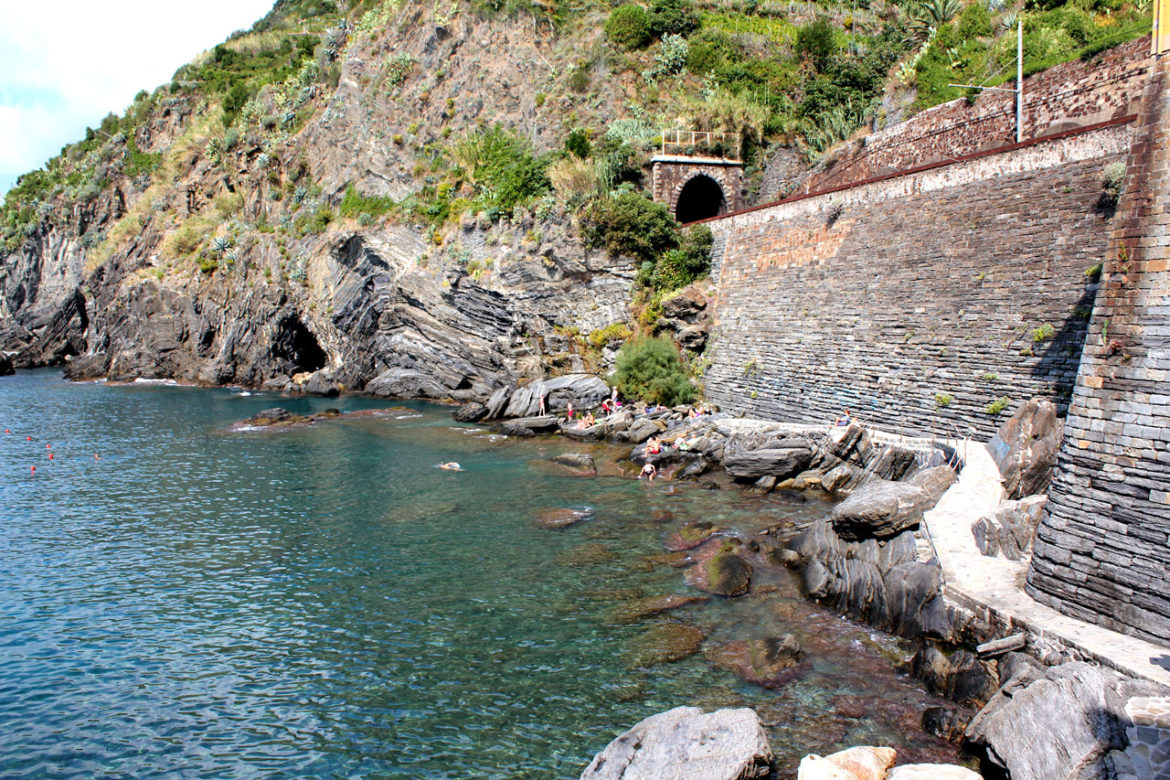 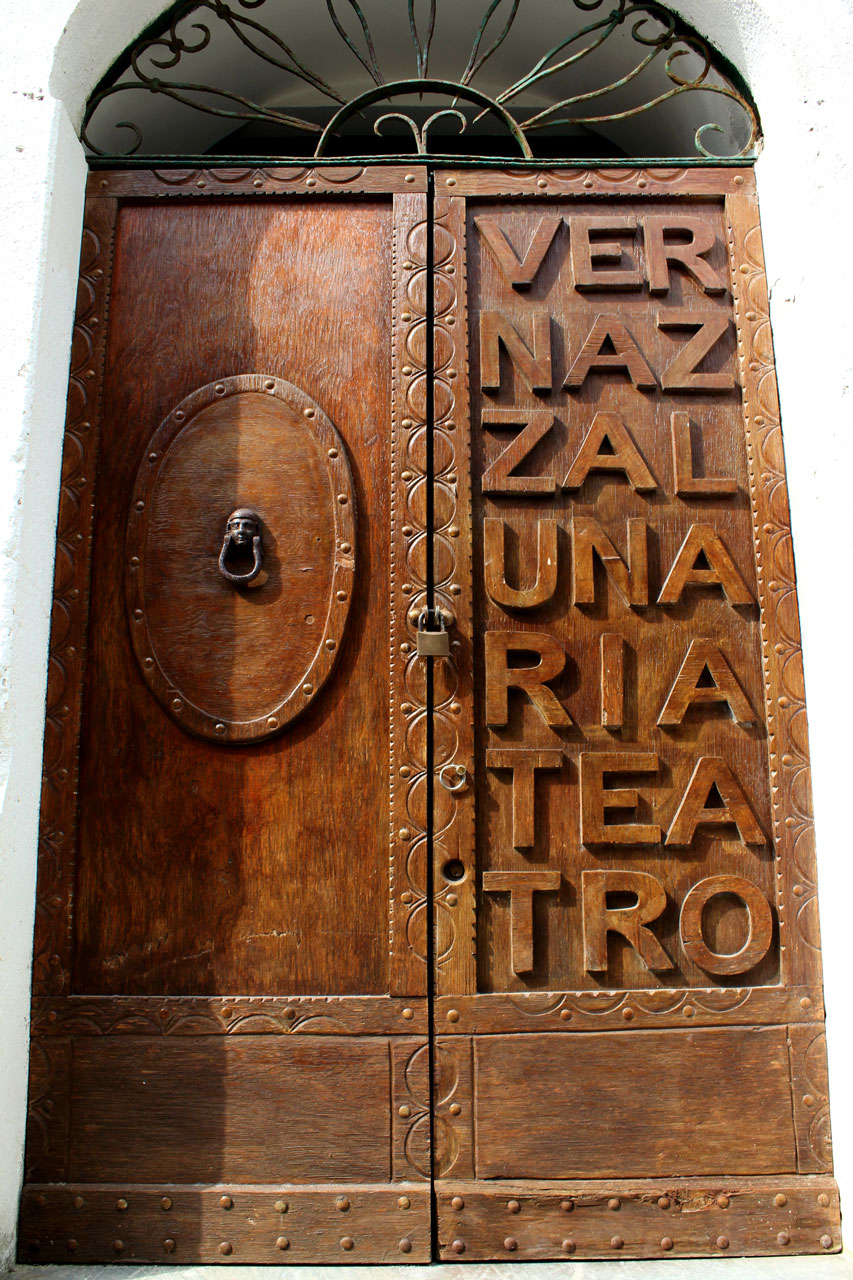 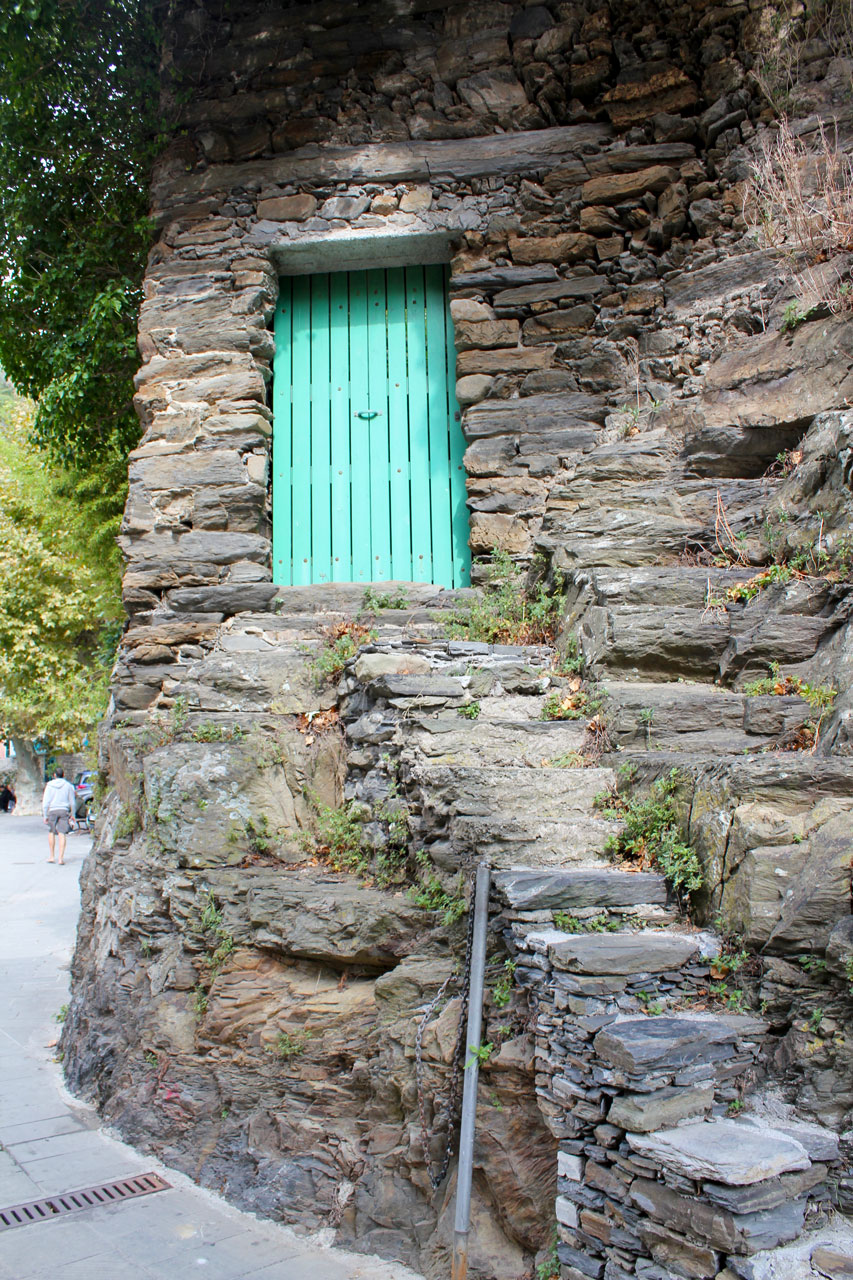 Monterosso is the biggest of the five towns and definitely the flattest. If you’re unable to do much stair climbing, I would suggest staying here. There are two separate stretches of beachfront that are relatively sandy, but a portion of the beachfront is private. Along with Riomaggiore, Monterosso has the most trains stop here – our regional train from Ventimiglia stopped only at these two towns out of the five. The town is packed with restaurants and bars and an iconic black and white striped church sits in the middle. 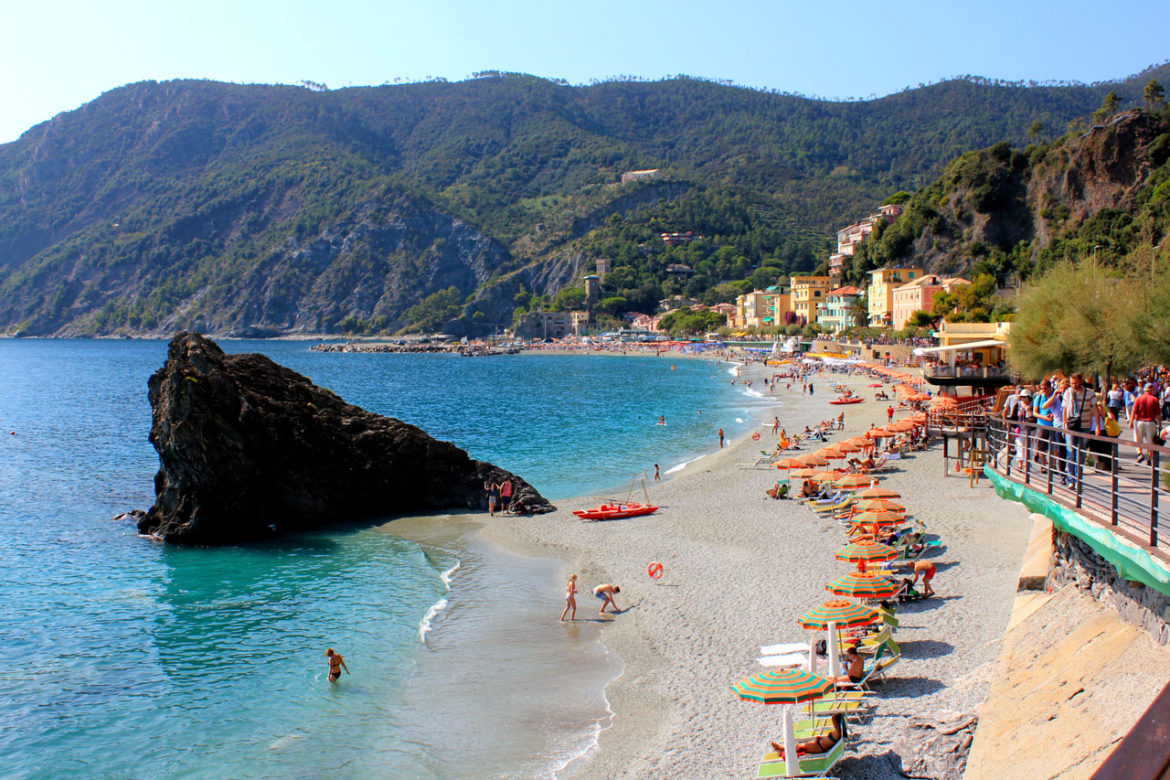 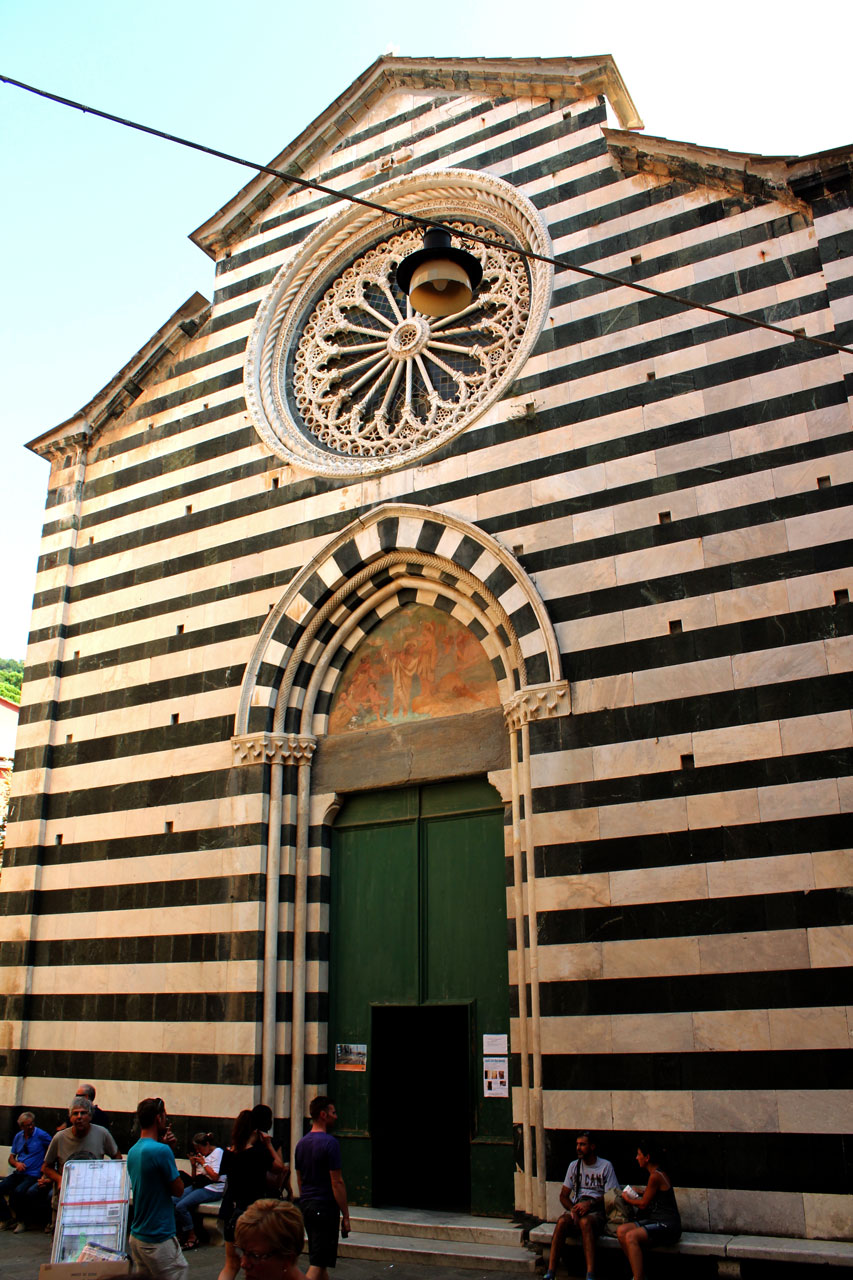 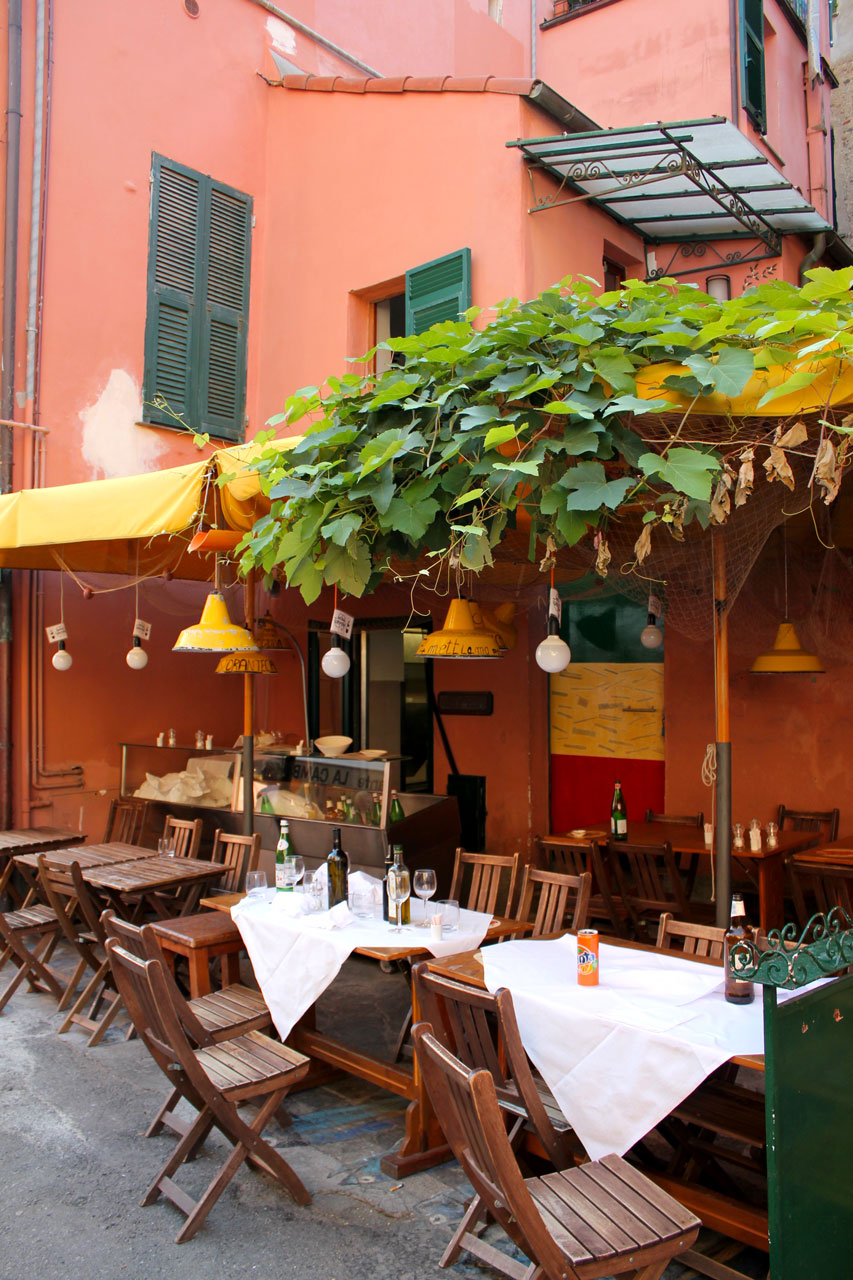 If you’re planning a visit, check out my post on the best foods to try in Cinque Terre. The region is known for its fresh local produce, so you won’t want to miss it!

Find us on Bloglovin’! 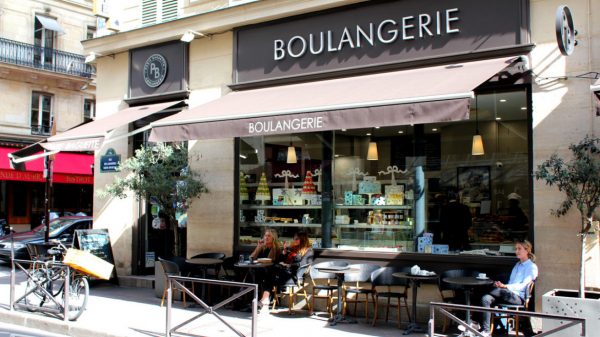 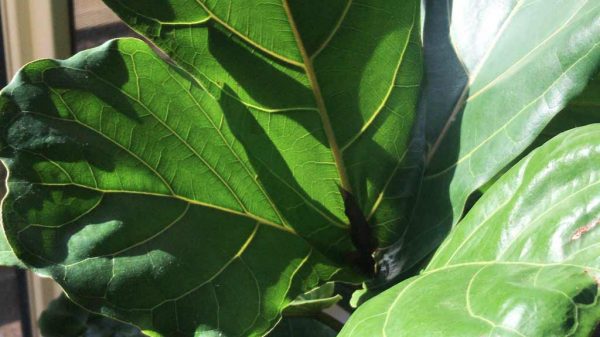 Join to receive 10% off Storewide