What You Need to Know about Visiting Israel

Are you thinking of traveling to Israel? While Israel is diverse and there’s so many good reasons to visit, it can be one of those daunting places that is hard to find info on or know much about (at least we found this, anyway!) Here’s some tips and info on what you need to know about visiting Israel, to make your planning smoother and make sure you get no nasty surprises when you get there!

Is it safe?
Despite what you see in the media, Israel is a normal functioning and almost western nation. When we visited Israel we organised our own trip as opposed to being on a tour group. Some people may feel an amount of safety traveling in a large tour group with a guide that knows the nation, and that’s ok. For us, we wanted flexibility to discover it for ourselves. There are still certain areas in Israel that its best to avoid, such as Gaza and parts of the West Bank. One thing you may need to come to terms with is the amount of soldiers everywhere, carrying guns. Although its slightly shocking to begin with, the amount of security and soldiers around made us feel safer. Israel has security checks for entering most public buildings like shopping centres and train stations.

It sounds bad but generally the struggles in Israel are directed at Israeli citizens, not tourists. Also, there are always tourists and pilgrims in Israel to visit the Holy Land no matter what is going on – In 2012 over four million people visited this tiny country! There still may be some risk in visiting Israel that may be higher than what you’re used to living with at home, and its best to check a government travel website to get professional advice on whether to visit and what to be aware of. The Australian version is called Smart Traveller and I’m sure there’s a lot more helpful government websites where you’re from too. Go Israel is the official tourism website for Israel and also has a lot of helpful information.

Soldiers…
There are soldiers generally everywhere in Israel and especially Jerusalem, perhaps more so when we were there because of recent tensions. Be aware that you will see a lot of guns and go through a lot of security checks. Just remember they are there to protect you and their presence makes the city safer.

Modesty
Jerusalem is filled with religious sites but also has a culture of modesty whether you’re visiting churches or not. Even walking through marketplaces or ending up in orthodox neighbourhoods can cause some tension if you are not dressed correctly. The general rule is to have shoulders and knees covered, however I would also make sure that clothing is loose and that you carry a scarf in a bag to pull out at any time if you feel you need more coverage. Modesty can go both ways – some people aren’t used to seeing the western style of dressing so will obviously look uncomfortable and look away as you pass by, while others will gawk and make you feel uncomfortable for what you thought was a regular outfit. To save discomfort on both ends – make sure you dress modestly! Other areas of the country are less strict, like the beach city of Tel Aviv.

Shabbat
Shabbat is the start of the Israeli/Jewish weekend in Israel and goes from sunset on Friday to sunset on Saturday. It is the ‘Sabbath’, the day of rest, therefore the vast majority of the nation will shut down. From mid-afternoon on Friday onwards, shops and restaurants will shut and you will be hard-pressed to find something open! Be aware of this as when you’re traveling you often need to eat out. We planned ahead by buying some bakery pastries for breakfast on Saturday and some fruit. If you’re out and about on Friday night and Saturday, the place feels like a ghost town! Most people will go home to have a Shabbat family dinner at home and spend time with family. In Tel Aviv a lot of people hit the beach on Saturday. Sunday is the first day of the week in Israel, like the western world’s Monday.

Market Culture
Most marketplaces are interesting places to experience. The Old City in Jerusalem is packed with marketplaces with all sorts of interesting clothing, religious items and souvenirs. However we found that in the Old City, the stallholders can be quite abrupt, so unless you plan to buy something its best to not stop and look too much at an item. Many will invite you into their store and when you decline, become a bit hostile. We found it was best to look straight ahead when you need to pass through the markets or do all your market shopping at one time. 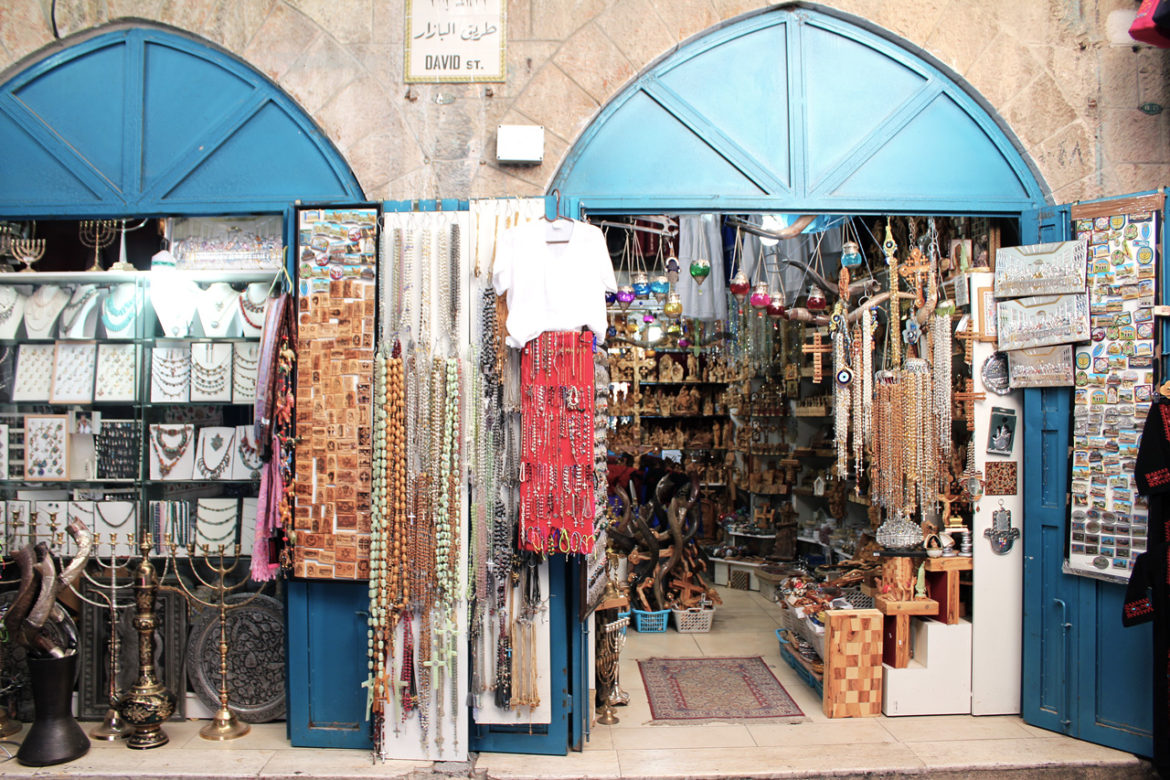 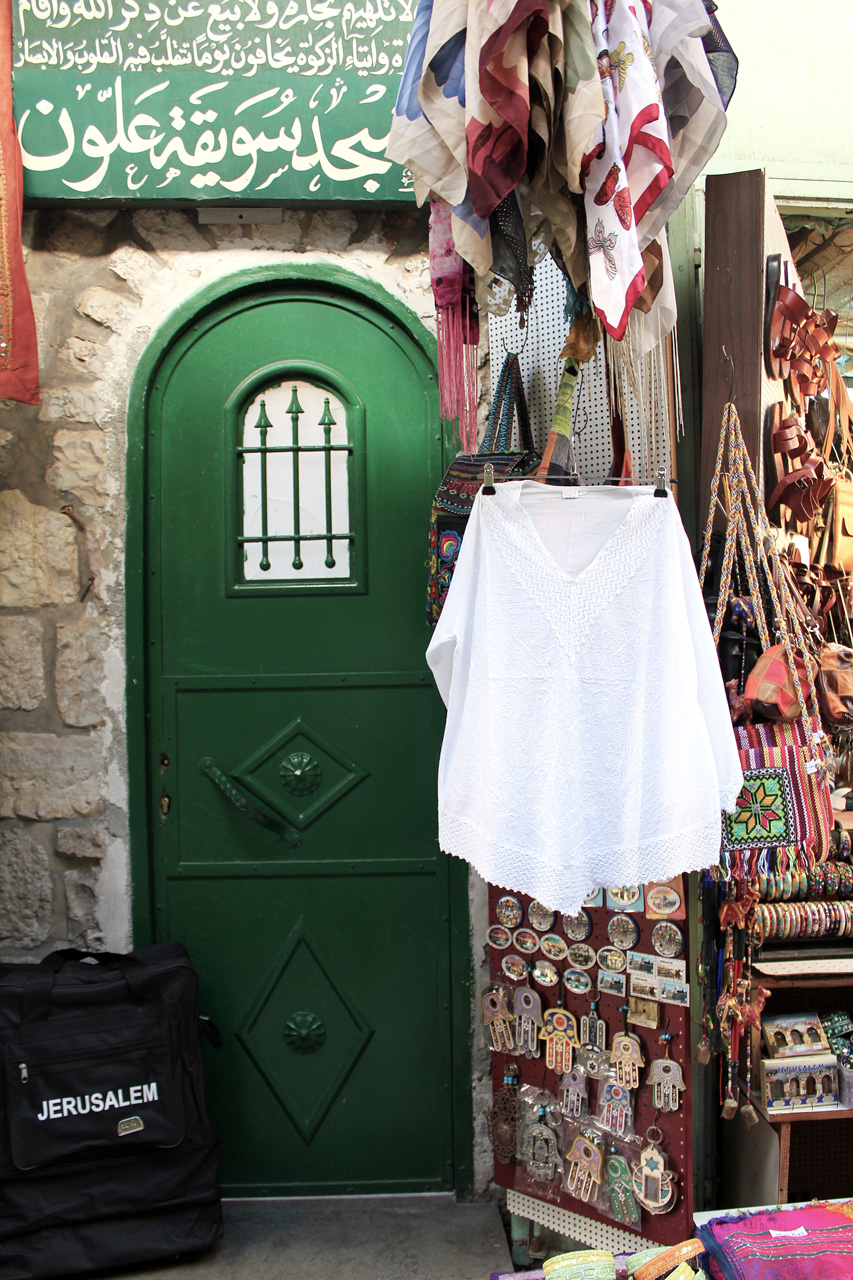 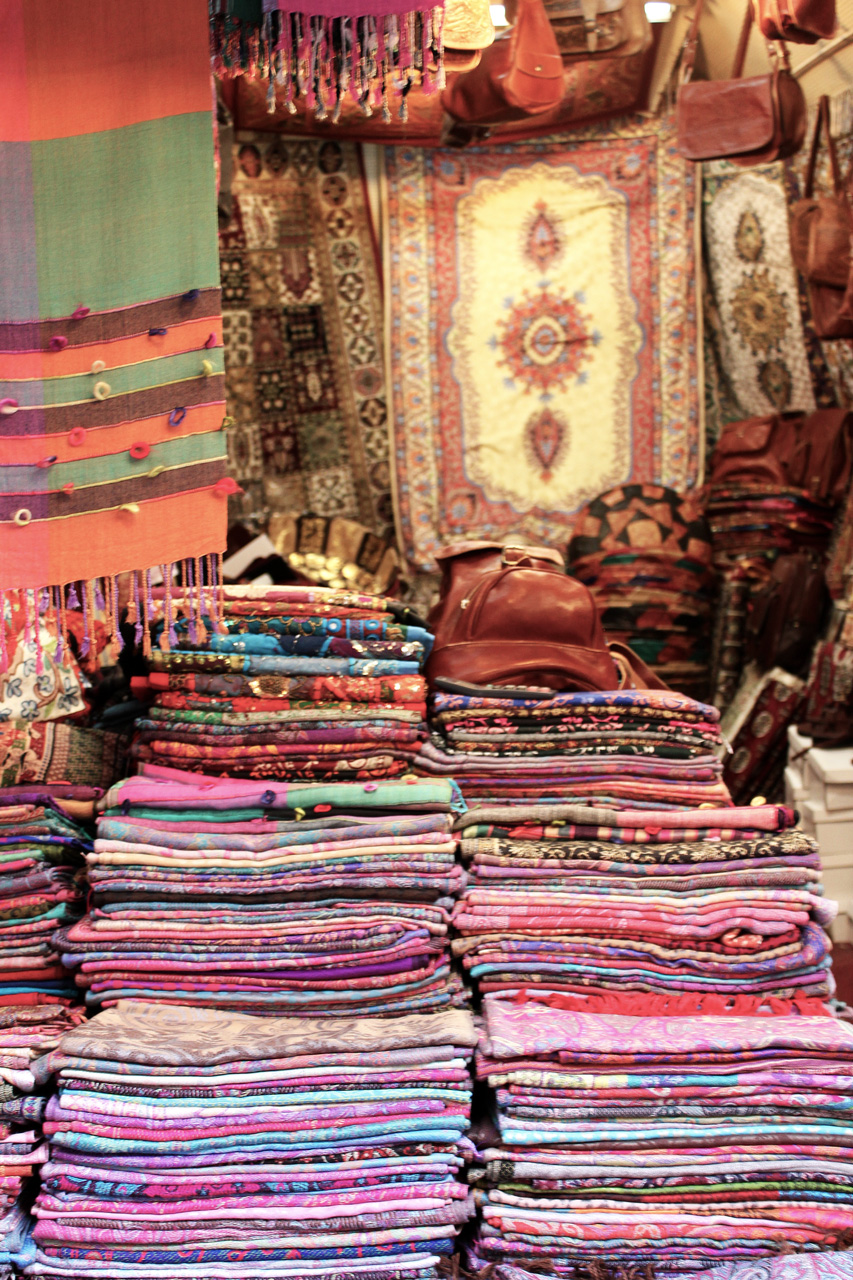 Taxi Culture
Similarly to the market culture, the taxis around the Old City are very forward in asking if you need a ride (probably because its such a touristy area). We had one stop and ask if we spoke English (as if he needed some help) to lure us in, then said he can take us to Bethlehem. Similarly the conversation can turn sour if you decline, so just give a polite ‘no thank you’ and keep going.

Tourist traps
Be aware that perhaps not everything is accurate and to take your discernment. There are also multiple possible sites for some historical events, such as the death of Jesus at the Garden Tomb and the Church of the Holy Sepulchre. It’s a good idea to still visit both and make up your own mind. Another thing to be aware of is that the city of Jerusalem has been conquered and destroyed over 40 times, so the present day city isn’t exactly how it was 2000 years ago. For example, the street level of the Old City today is actually metres higher than where it was in Jesus’ day, as it has been built over the ruins of past settlements.

A lot of Holy Sites are there to symbolise an event, rather than being the actual site. For example the Via Dolorosa (the road Jesus walked with his cross) is a modern street in the Old City and it is near impossible that some of the stations are legitimate, such as the stone Jesus rested upon on his way. Yet this stone is worn smooth from thousands of visitors placing their hand in the same place that tradition says Jesus rested. A good thing to do is to take a walking tour especially in the Old City of Jerusalem. The guides are knowledgeable and you are able to ask questions. 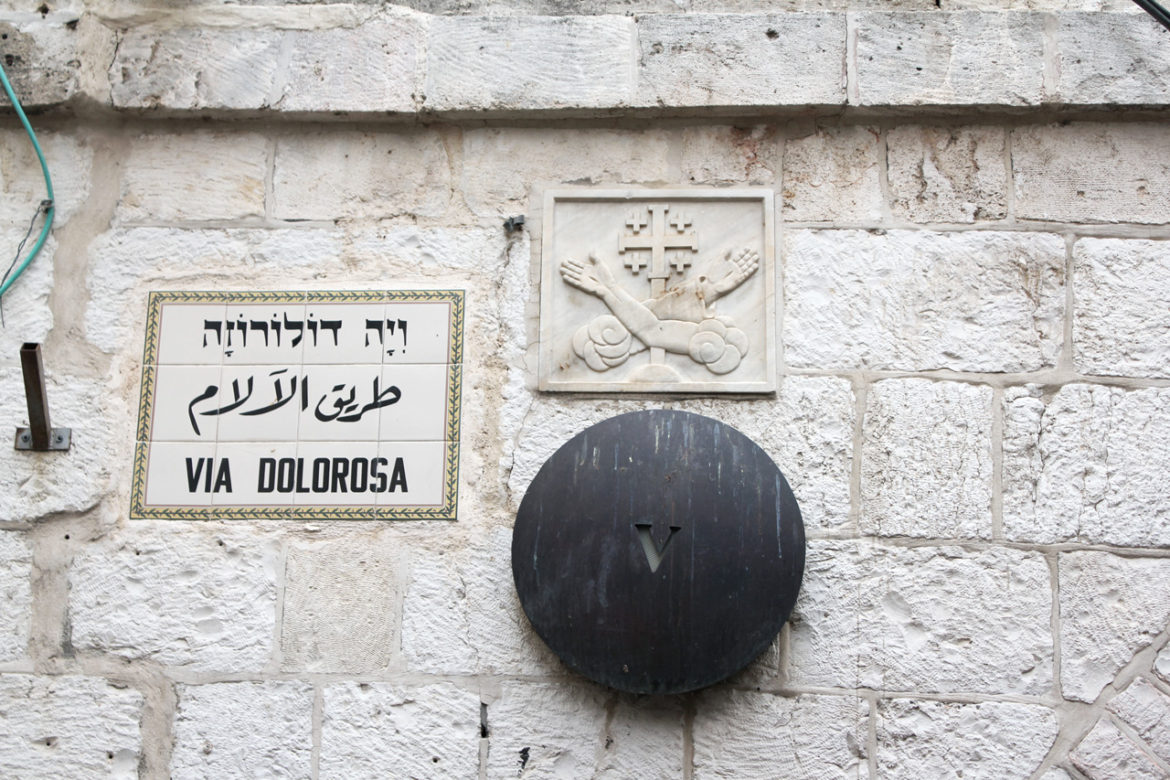 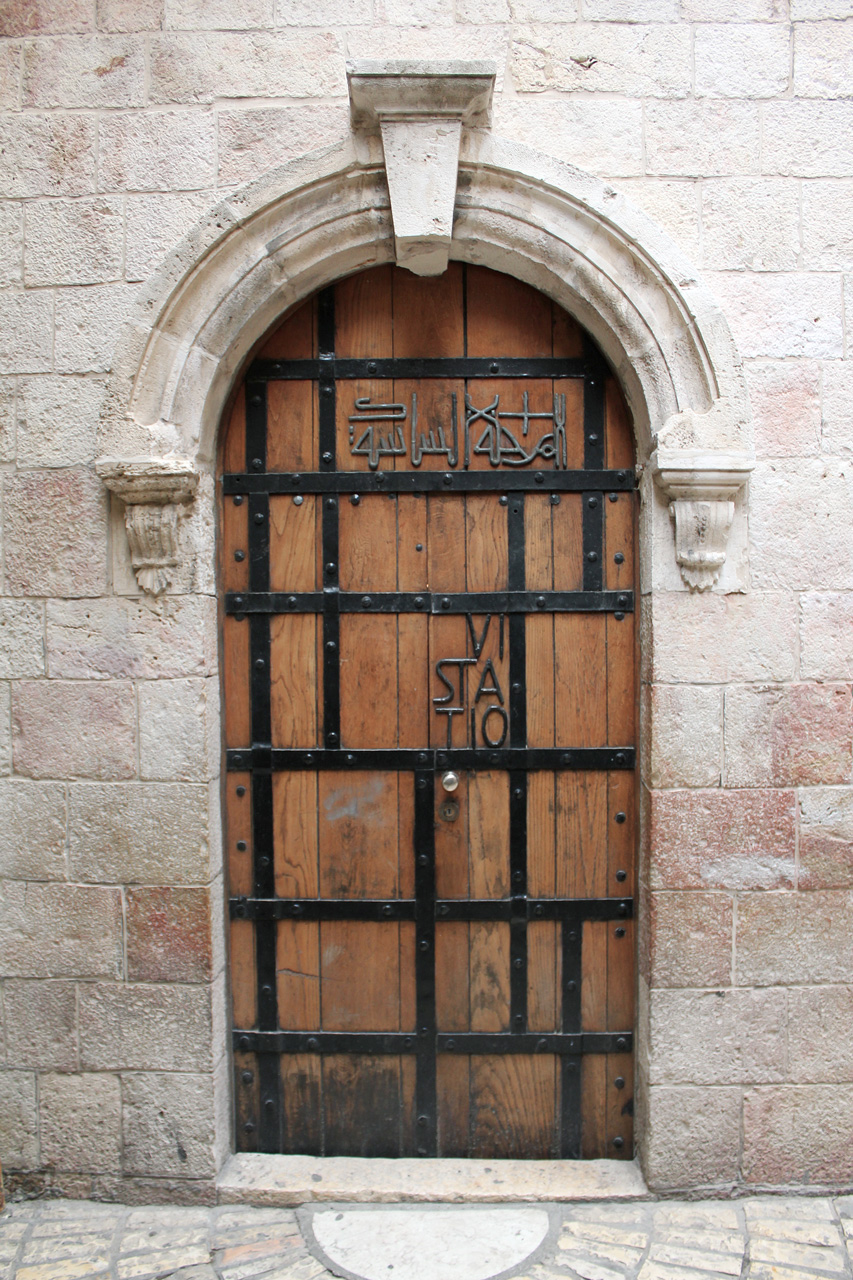 Language
The official language of Israel is Hebrew although they also use Arabic and some English. Most people will speak a little English and you can get away with visiting without having to know much Hebrew.

Churches
Everywhere we went in Israel that has some significance to the Christian faith generally has a church built on top of it. At first I was a little disappointed that the sites weren’t naturally preserved. But having a church building on a site is a way that they use to preserve the site so that something else wasn’t built there instead and the site forgotten. 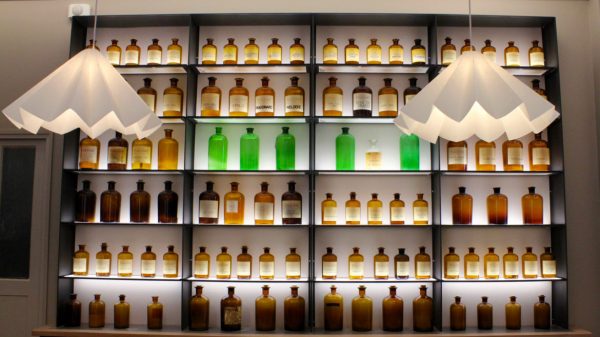 A Visit to Fragonard Perfume Museum 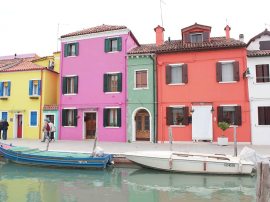 How to Avoid the Crowds in Europe