I thought it was time I did an update on my very own Fiddle Leaf Fig, after bringing it home from the nursery 18 months ago. My FLF was the first indoor plant I bought, which has since sent me on a downward spiral in an addiction to greenery! Haha!

For the first year of ownership I didn’t do anything proactive on my FLF – I just watered it weekly, wiped down its dusty leaves occasionally and turned it around to get the sun on different sides. After Winter this year though, I decided it was time to step it up a notch. My FLF had well and truly settled in and gotten bigger, so I thought for sure it could handle a few (positive) changes… 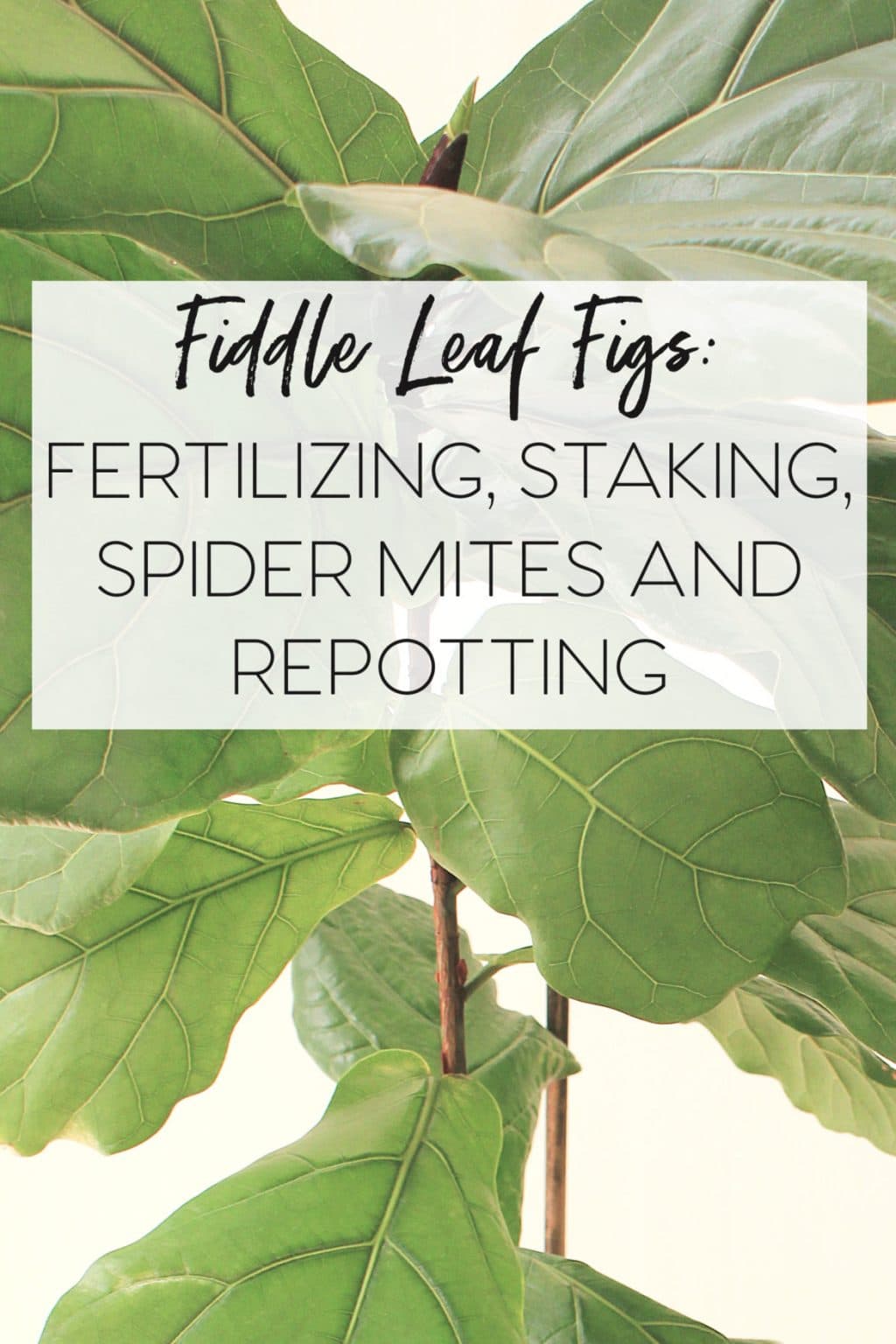 The first thing I did in October was to repot my Fiddle Leaf Fig. As I’m based in Australia, this means it was mid-Spring. Plant pots are expensive, and I had been eying off one in particular that I ended up getting for my birthday. I used about a 5:1:1 ratio of quality potting mix, perlite and peat moss to repot it. The reason for this was partly because of my research into what FLFs need, and partly due to what was available in my area… In saying that, I don’t think there’s only one right mix to use, if you as long as you’ve got a quality potting mix that will allow water to drain instead of sit, you’re on the right track.

Generally its best to rid the roots of the old dirt, so it will sit in fresh new potting soil. Also, with a bigger pot comes more water! While I used to only give it a cup of water each week, I now do about 500mL or so (except for when I fertilize, which is more). Its always best to fully saturate the soil when watering to flush out any buildup of salts. 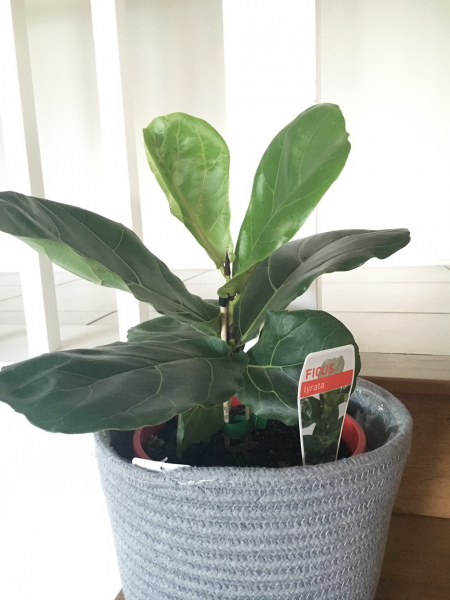 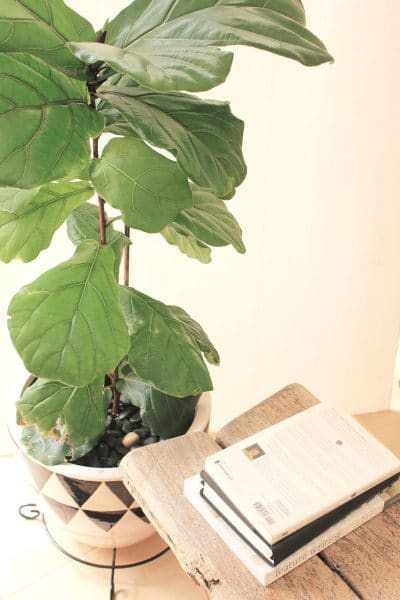 My FLF 18 months ago compared to now: repotted and lots of growth!

As my Fiddle Leaf Fig growth had seemed to slow a bit, I knew that once the weather warmed up I would like to start fertilizing it. I once heard it explained like this: Fertilizer isn’t a magic growth hack, but it will top up the plant’s nutrients so that it has everything that it needs for the best possible growth. Think of it like a multivitamin. However, when first started fertilizing my FLF, I had some AMAZING results!

As far as fertilizers go, the best type for FLFs is any that has a ratio as close to 3:1:2 as possible (Nitrogen – Phosphorus – Potassium). The fertilizer will state this on the product label. This Botanicare GROW fertilizer is the perfect ratio of ingredients for Fiddle Leaf Figs, encouraging full foliage and new growth. I’ve been using fertilizer in a monthly water, and after the first time I used it, I got a growth spurt of three new leaves that were literally more than DOUBLE the size of any other leaf! I’ve since written a more detailed post on Fertilizing FLFs and how I got such amazing new growth.

Recently I took my FLF outside for a big water on a breezy day. Because of this, and because its now a bit top heavy with those new giant leaves, it started to lean for the first time. Once I brought it inside, I poked a wooden stake in the outer edge of the pot and tied the trunk to it with some string to help keep it straight. It is probably better to use rags or cloth over string, but it isn’t too tight so should handle it ok. After about six months I’ll untie it to see if it still needs to be staked or not.

Staking has the potential to stop the roots spreading as the tree no longer relies on the roots to to support itself, which is why you shouldn’t stake a plant forever. As mine is an indoor plant, I don’t think its as much of an issue, although I’ll still check it and would rather not have the stakes in the pot. If your FLF is leaning or needs staking, check out this post which has some great tips to get the trunk to grow thicker and stronger more naturally.

In the last month or so, I started noticing some lighter discolouration on some of the lower leaves of my FLF, combined with some tiny egg-like white dots along the spines of the leaves (top and bottom sides). After much Googling and analyzing my Fiddle Leaf Fig, I came to the conclusion it must be Spider Mites! They are teeny tiny spider-like mites that are barely viewable with the naked eye. In bright daylight I could just make out a few spider-like moving dots, and some very small webs where the leaf stems meet the trunk.

Spider Mites like to eat the leaves, and consequently there were some lighter patches forming on some of the leaves. It took probably a few weeks to rid my plant of the mites (and I have no idea how they got there!)

The first thing you can do is to continue to wipe down the leaves on both sides with a damp cloth. This removes the eggs and mites (the mites left an orangey-brown tinge on the cloth). I did this almost daily for a few weeks. Keep at it so that any if eggs that you miss do hatch, you will get them next time! After doing some research, I also sprayed all the leaves down with an Organic Neem Oil

and water mix, which is meant to ‘suffocate’ or give a barrier between the mites and the plant. I’m not exactly sure how effective this was – I have a feeling it was mostly the wipe-downs that got rid of the spider mites. You can also hose down the leaves instead of wiping, which will push off the mites and their eggs. If you get a spider mite infestation, it is fairly easy to take action on, you just have to stick to the regime until they are all gone!

Its pretty amazing to see how far my FLF has come – from only having half a dozen leaves about half-a-foot high, to reaching around a metre in height in 18 months. Next I’ll be focusing on growing a branch or two, to start getting that tree-like shape. Yes, I’ll be coaxing my Fiddle Leaf Fig to branch – stay tuned to see how it goes 😉

Find me on Bloglovin’ – I’d love your support! 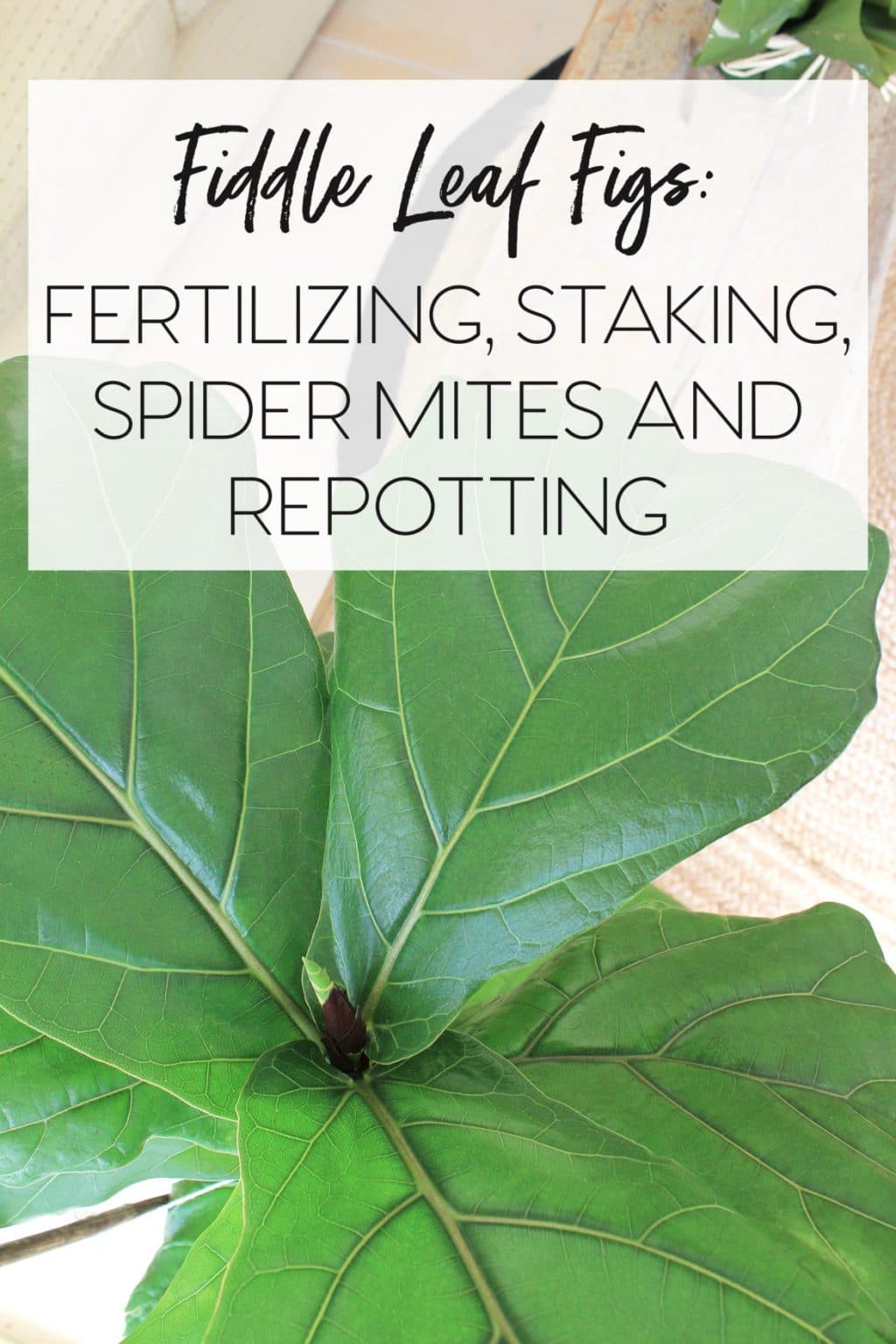 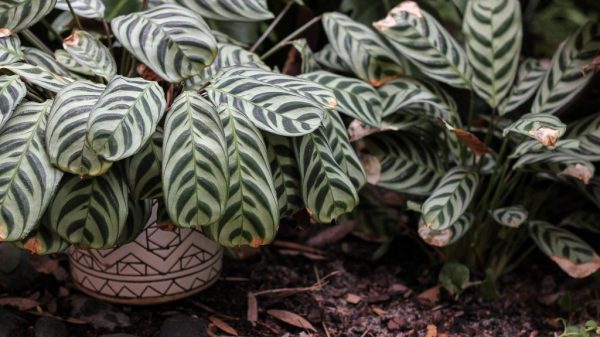 How to Transition an Indoor Plant to Outdoors 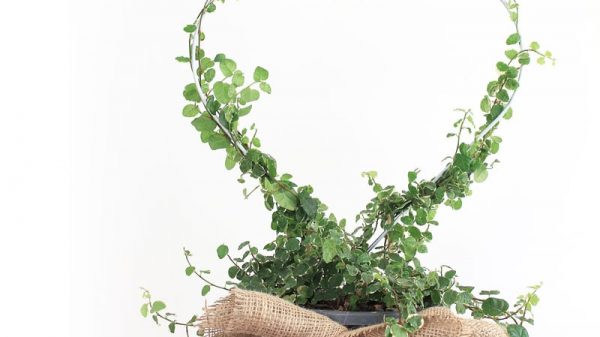